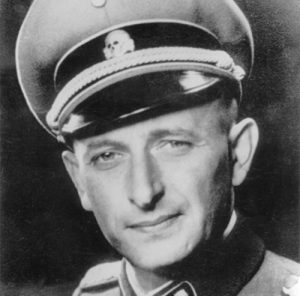 The Devil Speaks – Eichmann’s Lost Confession features original recording reels of an interview conducted by Nazi journalist Wilhelmus Sassen with Adolf Eichmann in Argentina, which contradict the Nazi member’s claims at his trial that he was just a bureaucrat who fulfilled orders.

It has been written and directed by Yariv Mozer and will debut on Kan11 in Israel. Tadmor’s first-look partner MGM will handle distribution, with the Israeli 3 x 60-minute version available alongside a 2 x 90.

The series, created by Kobi Sitt and Yariv Mozer, is set to open the 24th edition of Docaviv, Israel’s biggest documentary film festival, which takes place in Tel Aviv and online from 26 May through 5 June.

The project is the first for former MGM Domestic chief Stark, who previously was behind dramas such as Fargo and Handmade’s Tale before launching Toluca last year.

McCaroll, who was head of docs at Discovery until 2020, will exec produce alongside former Red Arrow Studios exec Michael Schmidt.