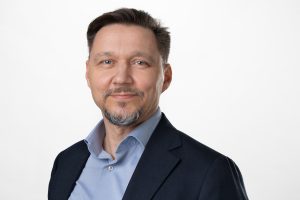 Jarkko Luoma has been appointed as the new CEO for Fremantle Finland, following the exit of Joonas Hytönen.

Hytönen has decided to step down and the change of management was made effective on 1 April 2022.

Luoma is promoted into the role from the position of head of development & Sales at the company, which he has held since 2019. He has 24 years of experience in the TV industry in Finland, out of which he spent 12 years as head of development and executive producer at Moskito Television Oy and nine years as a producer with Van Der Media Oy.

Commenting on his new position, Jarkko said: “I’m absolutely thrilled to begin this next chapter in a new role. These are exciting times for us storytellers and content makers, since our industry is in a fast change.

“We’ll continue bringing to the screens shows from Fremantle’s vast catalogue of best entertainment formats, but also keep nurturing it, by developing new ones.” 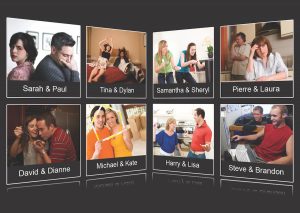 Bedna Films in the Czech Republic has taken local rights to reality format The Frame, from Armoza Formats, part of ITV Studios.

From July-August Productions, The Frame (30-60-minutes) features eight couples who have the living space in their own homes reduced to one fixed camera frame in this elimination competition with one rule – they cannot under any circumstances leave the frame.

Petr Kratochvíl, founder at Bedna Films, said: “We connected with ‘The Frame’ because we saw its massive creative potential and the innovative cross platform aspect it brings. Streaming technology has advanced miles since ‘The Frame’ was originally launched and viewers habits have shifted more towards online, making it the perfect fit for nowadays”

ITVBe and ITV Hub in the UK have commissioned Initial (part of Banijay UK) to produce The Singles’ Table, a brand-new dating show.

Each of the six episodes sees the cast invited to a different stranger’s wedding by the bride and groom – keen for their own single mates to find ‘the one’. The girls join potential suitors on The Singles’ Table for some dining, dancing and drama.

Over the series they’ll be attending six very different weddings, giving viewers a hilarious and revealing insight into how Brits celebrate their big day.

ITV director of reality and acquisitions, Paul Mortimer, added: “The Singles’ Table is like all the best bits of a wedding day, a girls night out and speed dating fused into one exciting new dating format.”

Banijay Rights is the international distributor.

The new four-part series will be filmed in Belfast during the summer, while the format has also been commissioned for a third series in 2023 on Finland’s YLE Areena.

Matthew Worthy, joint-MD of Stellify Media said: “Beauty Queen & Single is our very favourite show at Stellify.  It was wonderful to watch a hit at home find such a huge audience internationally – and now we are delighted to welcome it back home.”