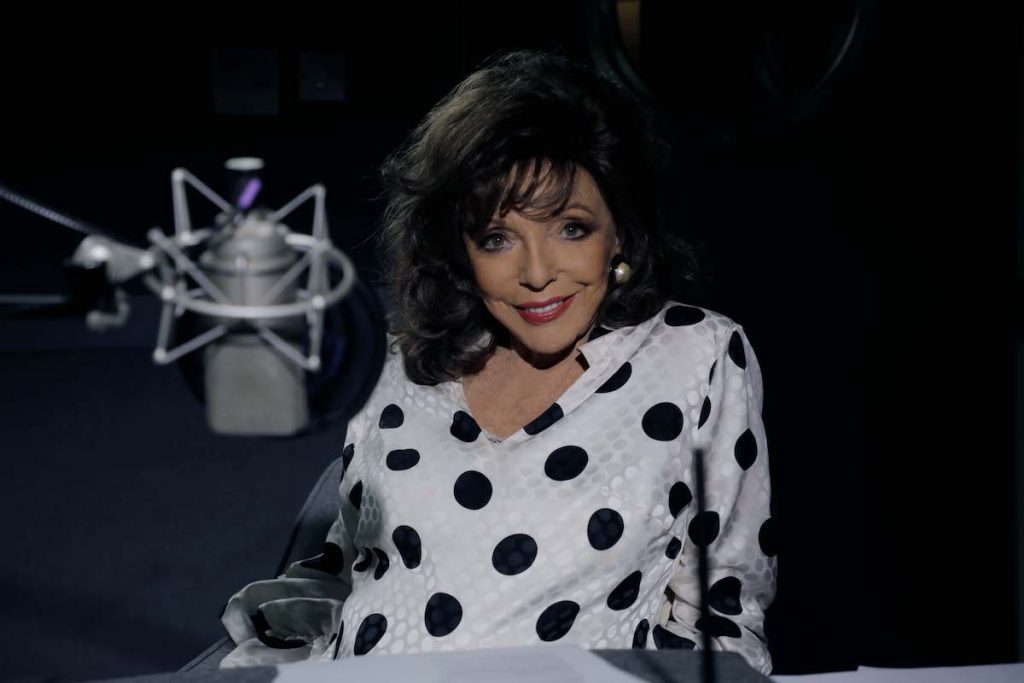 This Is Joan Collins

Broadcasters and platforms around the world have acquired feature length documentary This Is Joan Collins, following deals with distributor Abacus Media Rights.

The film, which was produced by Salon Pictures, and commissioned for BBC Arts, tells the extraordinary life story of the Hollywood legend in her own words.

It has been picked up by BritBox for the US and Canada, Turner Classic Movies for the US, Bell Media for French Canada, SBS in Australia, MNET in South Africa, Movistar plus in Spain, VRT in Belgium, Channel 8 in Israel, NTR in the Netherlands, CANAL+ Poland, HRT in Croatia, yes-DBS in Israel and is also licensed to NonStop Entertainment in Scandinavia, and the Baltics.

Abacus MD Jonathan Ford said: “This is a fascinating and engrossing film-length documentary which lifts the lid on the incredible life of one of Britain’s most famous acting legends.  We are extremely pleased to see it travel so widely throughout the world.”

VICE sells MH370 doc to US and Europe

A+E Networks’ History Channel in the US, TV2 in Denmark and Viaplay across Sweden, Norway, Finland, Iceland, Poland and the Baltics, have struck pre-sale deals for VICE Studios’ upcoming docuseries about the disappearance of Malaysian flight MH370.

The three-part series, MH370: The Lost Flight (working title), was originally produced for Paramount+ in the UK as part of their debut programming launch and SBS Australia.

It tells the definitive story of the flight’s disappearance through the eyes of those closest to the tragedy – the victims’ families. The series is distributed by VICE Distribution.

Global head of distribution, Bea Hegedus, said: “With unique access and never before heard testimony, MH370: The Lost Flight is the definitive series on this tragic event. It is one of a number of original series launching at MIPTV which includes groundbreaking investigative documentaries, gripping true crime series and premium, genre-busting programming that resonates with young audiences around the world.”

Netflix has acquired The Trial Of Adolf Eichmann and renewed Einsatzgruppen: The Nazi Death Squads, following a deal with French producer and distributor Prime Entertainment Group.

The Trial of Adolf Eichmann is a 1 x 90-minute documentary that chronicles the trial of Nazi war criminal Adolf Eichmann in 1961. This never-before-seen footage highlights and exposes the extent of atrocities across the Nazi regime to the world.

Einsatzgruppen: the Nazi Death Squads is 4 x 52-minute documentary revealing the “Holocaust by bullets”, an unknown style of execution that happened at the start of WWII in Eastern Europe and the Baltics.