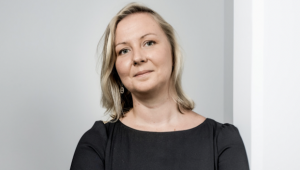 Pugacewicz, who was most recently deputy MD, will now oversee mergers and acquisitions for Newen, adding to her current remit that includes oversight of finance, purchasing and technology.

The enlarged role will see her lead the M&A team, which is headed up by Réda Makhtoum, as well as legal and human resources departments, managed by Emilie Maarek and Sylvain Masson respectively.

The appointment comes four months since Newen Studios named Romain Bessi as its CEO, with incumbent Bibiane Godfroid stepping down. Bessi joined Newen as MD in 2018 and took on addition responsibilities in 2019 by heading up TF1 Studio, which was then combined with Newen Studios at the start of 2020.

The group has more than tripled in size since it was acquired by TF1, buying Spain’s iZen Group and Germany’s Flare Films last year, as well as launching Ringside Studio in the UK.

Pugacewicz, meanwhile, began her career as a financial auditor at EY France, before a stint at pay TV operator Télévista. She then worked for Discovery as a consultant on Eurosport’s post-acquisition integration and in 2014 joined Zodiak Media as group CFO, latterly working on the merger with Banijay.

Bessi said: “Over the past few years, Newen Studios has been growing fast in France and internationally. We are grateful to have so many talents with managerial and creative skills in our group. Newen has still beautiful years of expansion to come and I know that Anna will be the right person to help me lead this journey with agility, kindness and proactivity.”