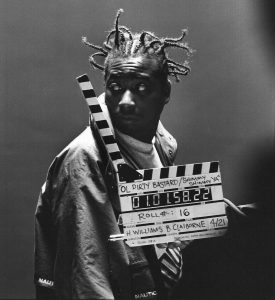 A&E Network has greenlit a two-hour documentary about the founding member of the iconic hip-hop group Wu-Tang Clan.

Biography: Ol’ Dirty Bastard (working title), from Vice-owned Pulse Films and US prodco Four Screens, will track the life of the famous rapper, who was born Russell Jones in 1968 in Brooklyn and died aged just 35 in 2004.

The show, which claims to be the first official feature documentary on the musician, will include exclusive and never-before-seen personal archive shot by his wife, Icelene Jones, and access to his closest friends and family, exploring ODB as a man, a father, and a husband.

It will be co-directed by Sam Pollard (MLK/FBI) alongside his son Jason Pollard (Get Me Roger Stone). Sam Bridger, Diene Pettrle and Nelesh Dhand exec produce, with Louis Mole attached as producer for Pulse. A+E Networks holds worldwide distribution rights.

Jones said: “With this documentary the world will learn about the son, the husband, the father, and the artist. I’m proud of the team that we built, including Pulse, my producing partners Nicole Beckett and Messiah Jacobs at Four Screens, and our directing team, the Pollards.”

Elaine Frontain Bryant, EVP & head of programming at A&E, added that the doc “will present viewers with the untold story of the man and the musician who made an immense cultural impact across just a few short years.”