French production giant Newen has appointed former Studiocanal and Global Road exec Rodolphe Buet to combine the activities of its distribution operation and those of sibling TF1 Studio.

Buet becomes chief distribution officer at TF1 Group-owned Newen and will focus “on bringing together the activities of Newen Distribution and TF1 Studio.”

The aim, Newen said, is to create “a leading European distribution business with a wealth of diverse and high-quality content, with fiction, TV films, animated series and documentaries” from European and North American producers, from both within and outside of the group.

He will work under Romain Bessi, MD of Newen and president of TF1 Studio, and support “the company’s growth strategy and the development of its European and international projects.” 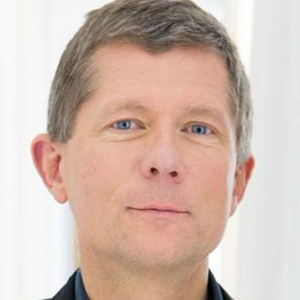 Buet will supervise Newen Distribution, led by Malika Abdellaoui, and the commercial activities of TF1 Studio. The latter’s international sales are headed by Sabine Chemaly, with French and Francophone TV sales led by Coralie Chave.

He will also work closely with teams from Reel One, the Canadian production outfit that was acquired by Newen last year, which is led by Tom Berry, and a 20-strong sales team, who are based in offices in Paris, London, Montreal, New York and Buenos Aires.

Newen said Buet would contribute to the development of programmes produced by the group’s subsidiaries, supported by the financial backing of Anton Capital.

His arrival marks the latest development in Newen’s strategy, which is using its Reel One deal to crack the English-speaking market and exploit European IP in the US, Canada and UK. The Canuck firm has been working with De Mensen on an English-language remake of Belgian drama series Team Chocolate (Tytgat Chocolat), for which it swooped for format rights last year.

The French giant had already expanded its European interests with deals for Netherlands-based prodco Pupkin and Nimbus, from Denmark, in 2018.

Buet has previously led the French and international distribution teams of groups including Global Road, ON Animation and Studiocanal. At the latter, he led commercial activities on TV and cinema, working on films such as Paddington and La Taupe, as well as TV series Baron Noir and The Five in coordination with TV production subsidiaries such as Red in the UK, Sam in Denmark, and Tandem in Germany.