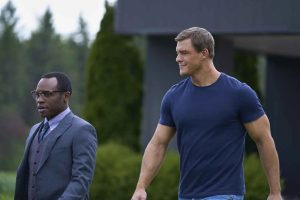 Produced by Amazon Studios, Skydance Television, and Paramount Television Studios, the series is based upon the novels by Lee Child.

Reacher premiered its first season on Prime Video on 4 February and stars Alan Ritchson as the titular Jack Reacher, a former US Army military investigator who returns to civilian life only to quickly become embroiled in a criminal conspiracy.

“The phenomenal debut of Reacher is a testament to Lee Child’s creation of one of entertainment’s most well-known heroes, Nick Santora’s original approach to the storytelling, Alan’s brilliant embodiment of the character, and the dedication of the talented people who worked tirelessly in front of and behind the camera to make such an undeniably bingeworthy series,” said Jennifer Salke, head of Amazon Studios. 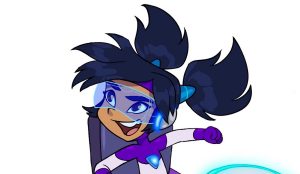 TVOkids blasts off with ‘Riley Rocket’

The TVOkids Original show is aimed at a ‘bridge audience’ of five- to seven-year-olds that follows the musical adventures of Riley and her friends Alex and Theo who, in between performing in their band, morph into superheroes to save their hometown of Greenville from disaster.

Jacques Bilodeau, president of Oasis Animation: “The Riley Rocket series is the first original project to go in production within the Sphere Media umbrella. We were very much pleased with the concept and felt that the timing was perfect for a show presenting different perspectives, stories and faces on screen.”

The 10 x 30-minute series is being produced by A24 and created by Katie Robbins, with Jones also attached to exec produce.

Jones plays Suzie, an American woman living in Kyoto, Japan, whose life is upended when her husband and son disappear in a mysterious plane crash. As “consolation” she’s given Sunny, one of a new class of domestic robots made by her husband’s electronics company.

Though at first Suzie resents Sunny’s attempts to fill the void in her life, gradually they develop an unexpected friendship, as together they uncover the dark truth of what really happened to Suzie’s family, becoming dangerously enmeshed in a world Suzie never knew existed.