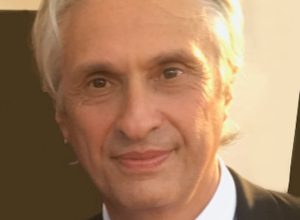 Goldman made his name on feature films, with other titles including 2019’s An Officer And A Spy, 2015’s Mustang and 2008’s Coco, and is also behind streaming productions including Netflix’s The Spy and Amazon Prime Video’s Flashback.

He is currently working on the feature film Verde directed by Cédric Jimenez, about Ingrid Betancourt and Clara Rojas’ captivity in the Colombian jungle.

‘Banijay shares our vision for the company going forward, and their immediate understanding and belief in our ethos makes them the perfect partner for our future. Joining a forward-thinking global company like Banijay gives us the ability to reach even greater heights in the years to come,” commented Goldman.

François de Brugada, CEO of Banijay France, added: “Banijay provides solace for talent who wish to be creatively free from the constraints of a single creative content strategy. Here they can create across all genres for audiences both in their region… and beyond.

“In partnering with Alain, we wish to support him in his strive to maintain and evolve a healthy pipeline of scripted titles spanning movies and series. We have no doubt, that in collaboration with the team in France, he will be a central pillar in supporting our ambitions to generate a larger portfolio of premium fiction.