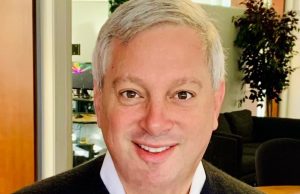 Frankel is the former owner and operator of Rogue Atlas Productions, where he oversaw series and specials including Revenge Body For Khloe Kardashian for E!, Skin Decision and Helter Skelter for Netflix and CeeLo’s The Good Life for TBS.

Prior to that, he held senior development and programming roles at Magical Elves and Pilgrim Films & Television after having served as director of alternative series at CBS.

He arrives at Irwin Entertainment with more than 20 years in unscripted, with credits including Survivor, The Amazing Race, Big Brother, Project Runway and Top Chef.

“Both venerable trailblazers in television, Eli and Dave have enviable creative track records and a profound knowledge of the business,” said John Irwin, founder and president of Irwin Entertainment. “Eli is a huge win for the company, and I’m excited to see how, together, they will continue to cultivate the company’s portfolio.”