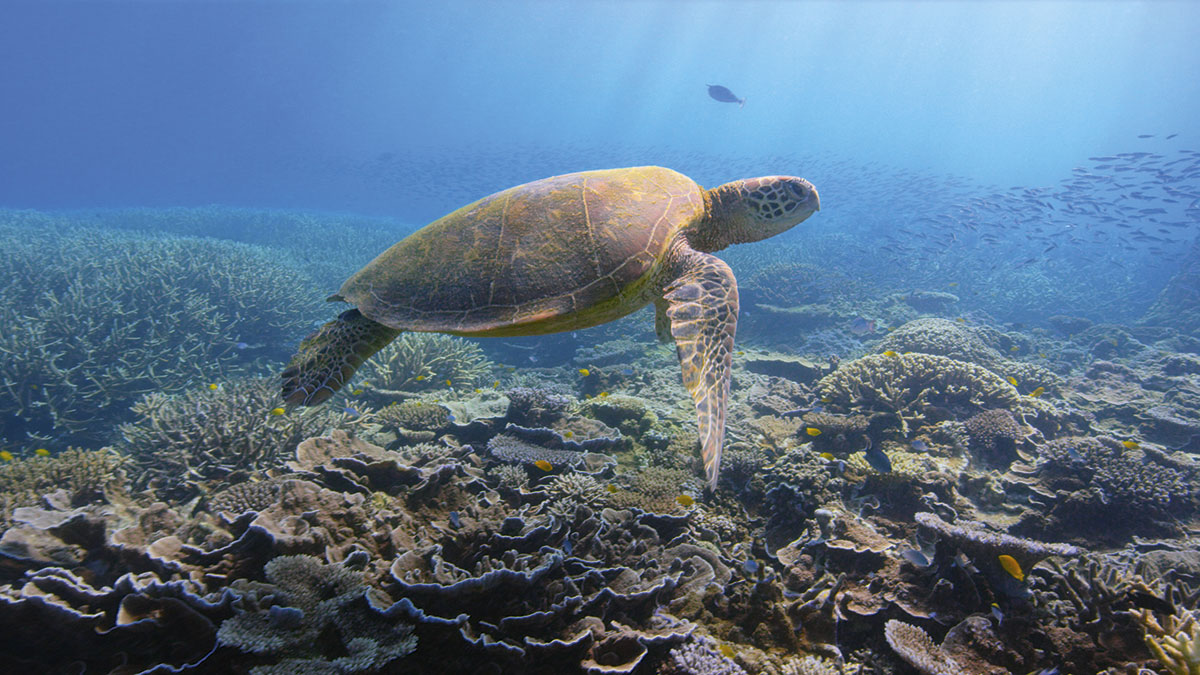 Netflix’s David Attenborough: A Life On Our Planet

As 2022 gets into its stride, natural history is again making an impact on screen and on the commissioning slates of new and established buyers. Tim Dams explores how cost-efficient technologies are opening up myriad new opportunities for this classic genre.

For those in the natural history TV business, the past few years have been something of a wild ride.

Streamers such as Netflix and Apple TV+ have invested heavily in the genre, increasing the number of opportunities for commissions beyond the traditional buyers such as the BBC, Discovery and Nat Geo. Traditional broadcasters like NBC and ITV have also pushed into the natural history space.

The main reasons for the boom are well documented: platforms are hunting for standout content and are willing to pay for it; natural history has a long library shelf life; and audience interest in the natural world is at an all-time high amid concerns about the environment.

At the same time, the sector has gained access to much more affordable and better technology. This has opened up the natural history TV genre – once the preserve of big budget broadcasters and long-established producers – to a wider range of outlets and creative talent.

“We’re finally getting very high-quality professional kit at a price that the amateur can afford,” says Keith Scholey, co-founder of Silverback Films, whose credits include BBC One’s A Perfect Planet and Netflix’s David Attenborough: A Life on our Planet.

Once, it would have cost a minimum of £80,000 ($106,000) to get started with a camera good enough for the natural history market. A high spec, robust and portable camera like the Sony FS6 now comes in at around £6,000 ($7,950), allowing filmmakers to get into the action quickly without complex or intrusive camera set-ups.

“Everybody I know is purchasing this as their documentary go-to [camera] right now,” says Briege Whitehead, co-founder of White Spark Pictures, whose credits include Impossible Planet, distributed by Cineflix, and VR project The Antarctica Experience. More affordable tech advances have also expanded the creative possibilities of the genre.

Stabilisation technology has become cheaper and more effective, allowing filmmakers to make cinematic content with the likes of DJI Ronin stabilisers. Mini-cams can also be attached to animals to see the world from their perspective, offering a plethora of new opportunities. 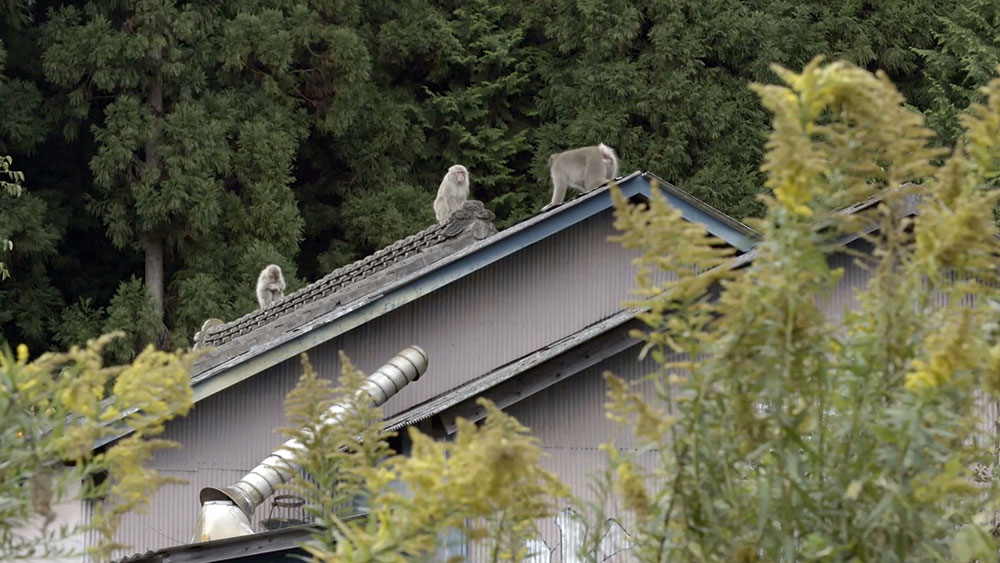 Paul Wooding, MD of Bristol-based Woodcut West, which recently made Fukushima: Nature In The Danger Zone – about the animals living in the exclusion area around the Japanese nuclear disaster site – says natural history can now be captured with sophisticated but easy-to-use technology.

Filming in Fukushima, Woodcut West made use of small, low-cost but high-quality camera traps to show the range of creatures living in the exclusion zone.

Wooding’s other favourite pieces of kit include the M-Series remote dolly system by Motion Impossible, which has a quiet electric motor system and allows filmmakers to drive a camera into difficult filming areas. “It means we can now keep up with animals such as a cheetah on rough terrain,” he says.

Many natural history makers say that the drone represents perhaps the biggest advance for filmmakers of the past 10 years. Laura Marshall, CEO of Primal Survivor producer Icon Films and chair of natural world storytelling organisation Wildscreen, says the drone has “expanded our view and understanding of the natural world” and that it “brings grandeur and perspective to programmes.”

“Everyone is raving about the new DJI Mavic Pro 3 drone,” adds White Spark Pictures’ Whitehead. The kit can stabilise itself in high winds, operate in temperatures of -10C, and has over 46 minutes flying time.

Despite these affordable tech advances, most big blue-chip documentaries are still produced by well-established, leading production companies run by experienced and talented creatives.

But the lower and mid-market has opened up significantly, allowing more talent to enter the industry. It used to be that very few people could afford to rent kit for long enough to prove that they had the ability to create great content, says Icon’s Marshall.

Of particular note, Marshall says, is the emergence of local ‘in-country’ talent using affordable tech to capture natural history footage. In years gone by, such talent might not have been used or indeed trusted – until recently the prevailing trend was for Western filmmakers to travel with expensive kit to the likes of Africa, India and South America to tell their natural history stories.

However, the pandemic has helped accelerate a shift. Many established natural history makers were unable to travel to film on location during lockdowns, so more local talents who have access to technology have been used for production. 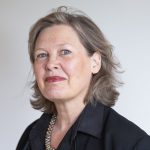 “The drone has expanded our view and understanding of the natural world – it brings grandeur and perspective” Laura Marshall, Icon Films

“That is where I think the stories will start changing,” says Marshall, explaining that people on the ground with local knowledge and access to behaviours, parks and species will be supplying content.

Her point is echoed by Woodcut West’s Paul Wooding, who says animal experts and local safari guides can bring their experience to a TV audience. “By taking advantage of this emerging technology and sourcing the right experts to use it, we can now go into a world we may never have seen before or see familiar stories in a new light.”

“To be a good wildlife producer, and certainly a good wildlife cameraman, you have to be able to work out what an animal is going to be doing in five or ten minutes time,” says Scholey. “To work that out, you have to watch a lot of animals doing stuff – you can’t shortcut that.”

Take the WildEarth TV channel as an example. It runs 24/7 with eight hours of live broadcasting a day including a four-hour sunrise safari filmed in Southern Africa, and a sunset safari. Its high-definition live stream is distributed via traditional channels such as DSTV over Africa, KPN in Holland, and Elisa in Finland. It’s also available via FAST channels like Samsung TV Plus in Brazil and Xumo in the US. That’s not to mention distribution via its own website, and WildEarth apps on iOS, Google Play, Roku, Amazon Fire TV and LG.

“Technology has absolutely revolutionised what we do on the distribution side,” says WildEarth CEO Graham Wallington, who says it is now economically viable to deliver free ad-supported TV channels via the internet. A few channel gatekeepers no longer control access to consumers, he says. “The whole thing has been democratised… and that is entirely due to technology, or more specifically the internet.”

Wallington says WildEarth is in the process of pulling its stream from platforms such as YouTube, even though it has over 360,000 subscribers. YouTube only offers one pre-roll ad opportunity at the beginning of a long live broadcast, making it hard to monetise. “We built a huge audience on these platforms. But they don’t pay the bills. FAST technology has not only allowed us to reach an audience, but to monetise that reach – something that wasn’t possible before.”

Whether in production or distribution, all agree that natural history TV is enjoying a purple patch at the moment. And there are more production companies emerging to take advantage of increased demand. “It’s nutrient rich out there at the moment,” says Marshall.

Amid the boom, Scholey sounds a word of warning. He says natural history has been through cycles of boom – and then bust – several times in his career. “I find boring natural history very boring indeed. If people just start trying to churn it out, it’ll become boring.”

Innovation, Scholey says, is the key to sustaining the boom. And this, perhaps, is something that technology can help with.