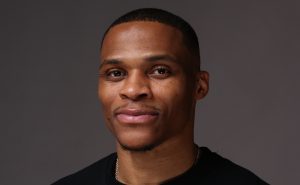 The doc is in development and will explore the little known story of the pre-NBA history of African Americans in basketball, known as the Black Fives Era.

This ran from 1904, when the game was first introduced on a wide-scale basis to black schoolchildren, to 1950, when the NBA signed its first African American players.

Dozens of African American basketball ‘fives’ teams played each other, but barred from whites-only gymnasiums and athletic clubs instead played in church basements, armouries, meeting halls and dance ballrooms.

The project aims to “capture the stories of how the pioneering efforts of Black Fives Era players paved the way for the success and appeal of the modern game that’s known and loved around the world today.”

Westbrook said: “This subject is obviously very personal to me for a number of reasons. These teams helped break racial and societal barriers and paved the way for the game and the NBA as a whole. These stories deserve to be told and I’m proud of Zero World Media’s involvement.”

“This important part of American history was buried in an unmarked grave, until now,” said Claude Johnson of the Black Fives Foundation.

Johnson added that there may be numerous current and former NBA and WNBA players with ancestral ties to Black Fives Era pioneers, and anyone wishing to find out more can inquire with the Black Fives Foundation, which is set up to research connections.