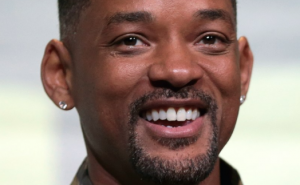 Will Smith and Jada Pinkett Smith’s production firm Westbrook Studios has taken full control of Germany’s Telepool, after acquiring the 50% of the company it didn’t already own from Swiss outfit Elysian Invest.

The Smith’s company, which itself received minority backing from Kevin Mayer and Tom Stagg’s Candle Media earlier this week, had first invested in the German distributor in 2018 via The Smith Family Circle.

Westbrook will now take full control of Telepool and its subsidiaries including sales outfit Global Screen.

The deal expands the global reach of Westbrook, which is behind Netflix drama Cobra Kai and has struck deals with Mo Abudu’s Nigerian production studio EbonyLife, among others.

Ko Yada, Westbrook’s CEO, said the deal and the launch of Westbrook International “enables us to truly reach a global community, furthering our mission to empower artists to tell stories that connect the world.”