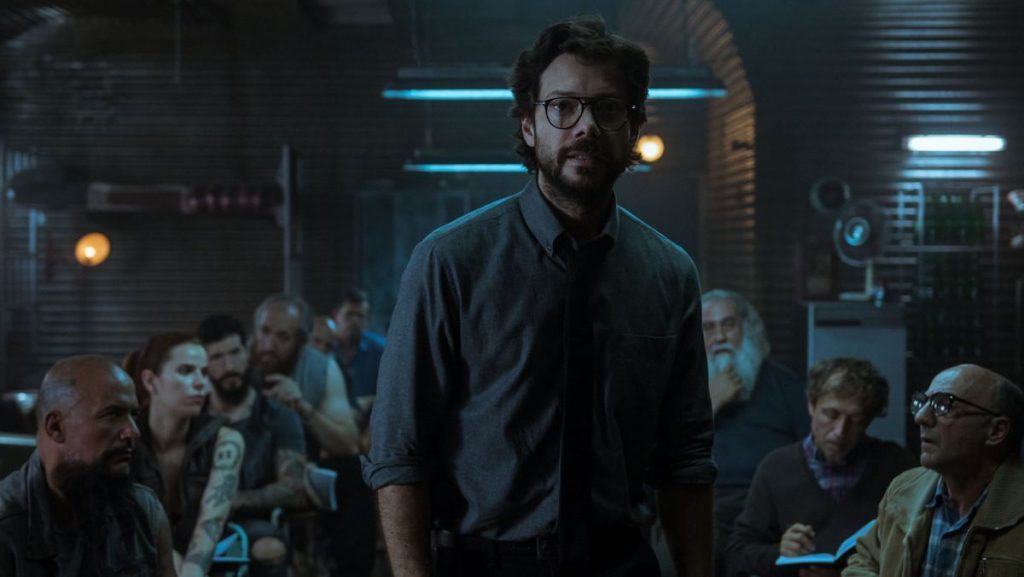 Netflix remains the largest global streaming service, yet many details of how its content is consumed – and by whom – remain a tightly guarded secret. Tim Westcott and Ed Ludlow at analyst powerhouse Omdia tell TBI about their latest research into who’s watching what on the streamer – and reveal which country was quickest to join the Squid Game clamour.

Viewing of Netflix series has always been a subject of massive interest, partly because the streaming platform was, initially, reluctant to give away much in the way of data. And the key metric for a paid service is the number of subscribers at the end of each quarter.

However, Netflix needs ‘watercooler’ shows just as much as any linear TV channel: content that attracts new customers and stops existing ones from churning.

This data is based on consumption via an array of devices and from viewers in 16 countries: the US, Canada; France, Germany, Italy, Netherlands, Poland, Portugal, Spain, UK, Australia, India, Argentina, Brazil, Colombia and Mexico. The other major factor to note is that Plum’s numbers are based on a view of at least two minutes, as per the streamer’s standard measure. 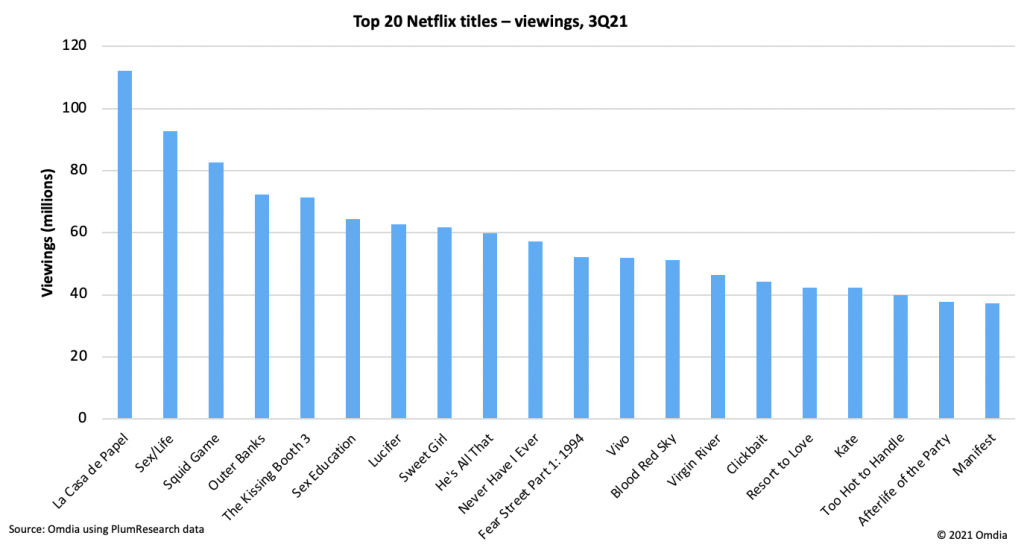 Unsurprisingly, Korean drama Squid Game made a big impact on the Q3 figures, despite the fact that it was only released on Netflix in September, mid-way through the quarter.

Nevertheless, it still shot to third place in the top 20 with 83 million views. Top place went to Spanish crime series La Casa De Papel (Money Heist), which was boosted by the launch of season five.

Both series underline how successful Netflix has been in launching series in languages other than English to a worldwide audience. La Casa De Papel registered 112.2 million views. US dramas Sex/Life and Outer Banks also made the top five, with The Kissing Booth 3 one of several ‘non-series’ to perform strongly.

The US might be slowing as an SVOD subscription generator, yet Stateside viewers remain the major driver for Netflix’s most popular shows, as evidenced in the graph above. The position of Outer Banks, in particular, on the top performing shows was largely fuelled by US viewers.

As mentioned, the Squid Game phenomenon is only partly represented in the Q3 figures because it was released mid-way through the quarter.

Yet this also offers insights into how its popularity spread, with Mexicans catching on quickly to its lure. Just over 11 million viewers watched the show in Mexico during Q3, driving it to become the most-watched programme of the quarter. In Australia, the animated comedy Rick And Morty was number one.

Also worth noting is the demand for scripted content over unscripted, despite the trend of commissioning for the latter. Reality hit Too Hot To Handle was a star performer away from drama.

The figures also underline that ‘non-series’ – theatrical movies, specials and feature-length originals – are vital to Netflix in attracting views, despite the binge-viewing habit fed by multiple-episode series.

Netflix is getting fewer titles destined for theatrical release with cinemas now re-opening, though comedy-drama Fatherhood and Wish Dragon, an animated movie produced by Jackie Chan, were still going strong after featuring in Q2.

The excerpt above is from Netflix Viewing Report – November 2021, produced by research powerhouse and TBI sibling, Omdia. It has been written by senior principal analyst for digital content & channels, Tim Westcott, and Ed Ludlow, senior data analyst for media & entertainment. For more information, click here.