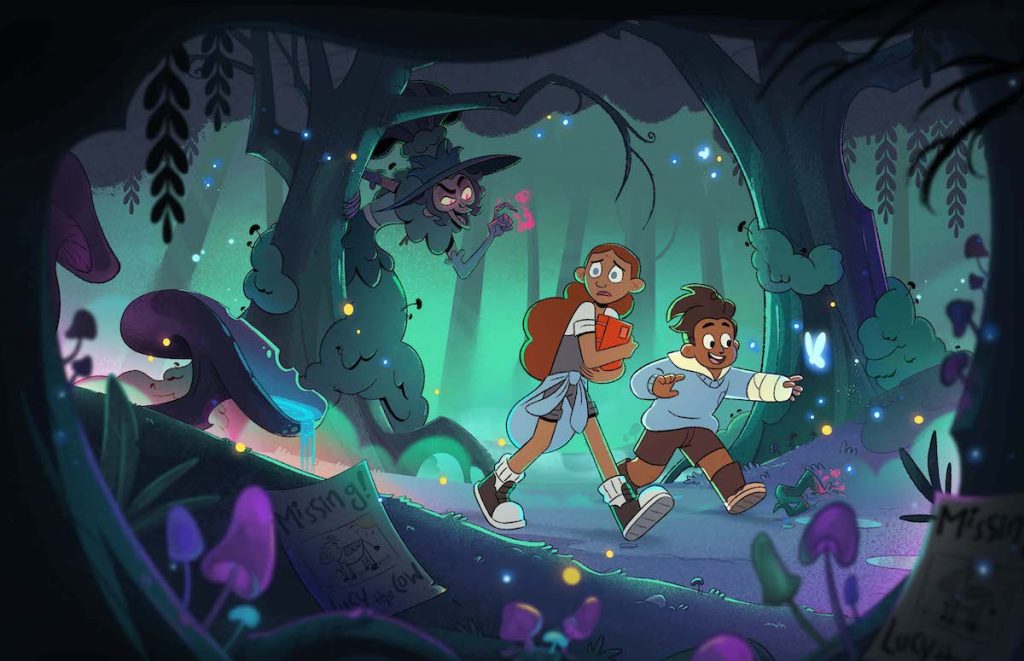 Canadian indie Mercury Filmworks and New Zealand studio Mukpuddy have teamed to co-produce an animated children’s series based on the book Badjelly The Witch by British comedian Spike Milligan.

The 13 x 22-minute 2D animated fairy tale is aimed at 6-11-year-olds and will follow the adventures of youngsters Tim and Rose as they search for Lucy, their cow, in the great black forest that lies at the edge of their sleepy village.

They soon find that the forest is inhabited by weird and wonderful characters, each struggling with a dark energy that they call Badjelly.

Milligan, who is best known as the co-creator of The Goon Show originally created the 1973 story for his two young children, writing the text by hand, with the tale later turned into an audio play.

Ontario-based Mercury is behind animation including Hilda, Mickey Mouse, Rapunzel’s Tangled Adventure and The Lion Guard, while Auckland’s Mukpuddy is the creator of a children’s shows such as Quimbo’s Quest and the Barefoot Bandits.

“There’s no shortage of fun to be had in this madcap story full of quirky characters and matter-of-fact magic from the wild imagination of Milligan, whose work influenced generations of kids,” commented Mercury CCO Heath Kenny.

“Like many creative Kiwis, we were hugely inspired by Spike Milligan growing up, and Badjelly is a story we are incredibly passionate about,” added Mukpuddy co-founder Ryan Cooper.