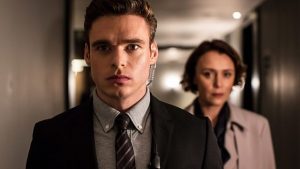 HTM, which is co-owned by Mercurio and UK indie Hat Trick Productions, will develop projects for Disney-owned 20thTelevision as part of a multi-year agreement.

Mercurio and Mulville said the deal was a “very exciting opportunity for us at HTM to expand into the US market.”

The series, which is distributed globally by ITV Studios, will debut on ITV in the UK and will be released on BritBox North America on 1 December.

The series will launch the show on his YouTube channel as he hosts 12 contestants through a childlike assault course as quickly as possible. All very straightforward except for one catch – all the contestants are in VR and this simple course now becomes their worst nightmare – from monsters in mazes to terrifying zip wires.

Matthew Worthy, joint-CEO & founder of Stellify Media said: “This will be Stellify’s very first YouTube show – which is a big deal for us – and we couldn’t be more excited to be working with Joe”