Produced by UK-based Expectation for BBC Two, the film tracks the investigation into the death of 39 Vietnamese migrants who suffocated in the back of a lorry in October 2019 whilst being trafficked to the UK.

Rocket Rights CEO Matthew Frank commented: “This incredibly moving film deals with a hugely difficult story with such humanity and respect. It’s also a gripping and fascinating account of the investigation as the police piece together minute pieces of evidence that ultimately bring those responsible to justice.” 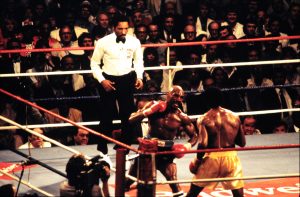 London-based Protagonist Pictures has picked up Showtime boxing docuseries The Kings for distribution.

The four-part series was directed by Mat Whitecross and produced by Fiona Neilson, with Box to Box Films’ James Gay Rees and Paul Martin serving as executive producers.

It follows the story of the Four Kings: ‘Sugar’ Ray Leonard, Roberto ‘Hands of Stone’ Durán, Thomas ‘The Hitman’ Hearns and ‘Marvelous’ Marvin Hagler. Each of these legends beat insurmountable odds, overcame terrible hardship, and their thrilling encounters would go down as among the greatest in boxing history.

“It was a huge honour to tell the story of “The Kings” – four of the greatest boxers ever to step inside the ring. Love it or hate it, the sport of boxing speaks to our essential humanity and to the broader conflicts within society and between nations. Through their epic rivalries, these four men came to define their era, the eighties, and embody the dream of America during that pivotal decade,” commented Whitecross. 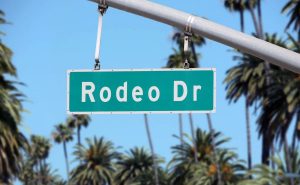 Inside Beverly Hills: The Land Of The Rich And Famous

UK broadcaster Channel 4 has acquired a new three-part series from Spun Gold TV exploring one of the most glamorous locations on Earth.

Inside Beverly Hills: The Land Of The Rich And Famous (3 x 60-minutes) reveals a new side to the world-famous home and playground of the rich, the beautiful, and the very famous. Viewers can peak inside its opulent homes, hotels and businesses to see how the other half spend their time at work, rest and play.

Daniela Neumann, MD of Spun Gold TV, commented: “Inside Beverly Hills: The Land Of The Rich And Famous provides viewers with a richly entertaining insight into the everyday lives of the wealthy and famous inhabitants of 90210. We are delighted to be bringing the series to UK, and international viewers thanks to Channel 4 and All3Media International.”

Broadcasters including TF1 in France and CBS Reality have acquired a slew of factual programming, following deals with Aftershock Media’s Rive Gauche.

The Killer Truth has been picked up by TF1 in France and Foxtel Australia, while Very Scary People has been placed with the A+E Networks UK channel Crime + Investigation in the UK and Germany.

Ice Cold Killers has been acquired by Discovery Italy, while Seven One Germany has picked up Evil Twins and Foxtel Australia has added the latest seasons of Homicide’s Elite, Trace of Evil and Very Scary People to its line-up.

Collaboration Japan has picked up episodes of crime series Homicide Hunter, while Crime + Investigation in the UK and Foxtel Australia have also relicensed multiple seasons of Homicide Hunter.

Meanwhile, Pluto TV has acquired 435 hours of factual content from Rive Gauche, to debut in markets including the US, UK, Spain and Lat Am.

Titles include Homicide Hunter, Dog Whisperer With Cesar Milan and My Crazy Obsession.