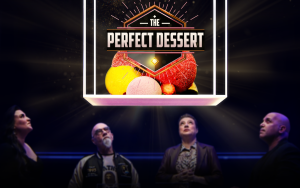 Israeli network Keshet 12 has re-commissioned The Perfect Dessert for a second season following its debut earlier this summer.

The show, which was originally developed and produced with Keshet Broadcasting by July August Productions, requires judges to first inspect the creations of contestants using only their eyes before then digging into the desserts to provide marks on taste.

Ilanit St Hirsch, Keshet 12’s head of programs & acquisitions, said: “At the beginning of Covid-19, we got the inspiration for creating the format when we’ve learned that the best-selling household electrical appliance in the US was a bread maker. That data was the first seed.

“Then, we’ve watched the social media feeds getting packed by spectacular homemade baking images and videos, and that drove us to develop the format with July August Productions. Our ambition was to tap into that trend. Nothing prepared us for how well it engaged and entertained Israeli audiences here on Keshet 12, so re-ordering it for another season really is a no-brainer.”

UKTV’s network Drama has secured rights to Sister Boniface Mysteries, the spin-off from the Father Brown series that was first ordered by Britbox.

The 10 x 60-minute show is set in 1960s rural England and follows the investigations of Sister Boniface of St Vincent’s Convent – a nun, moped rider, wine maker and part-time forensic scientist. The character first appeared on screens in Father Brown. It has been created by Jude Tindall (Father Brown) and produced by BBC Studios Drama Productions.