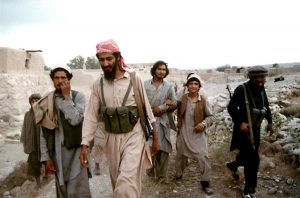 Osama bin Laden: The Inside Story

SBS in Australia, Sweden’s SVT, DR in Denmark and NRK in Norway, along with an unnamed French broadcaster, have acquired Voltage TV’s documentary series Osama bin Laden: The Inside Story.

UK distributor Drive struck the deals for the 3 x 60-minute series, which was originally commissioned by Channel 4 and broadcast as Osama bin Laden: The Road To 911.

The series uses unique access to many who knew bin Laden personally to examine in detail who he really was, what influenced him, and ultimately what set him on the path to global terrorism.

Ben Barrett, joint-MD at Drive, commented: “Through extraordinary access to a wide range of voices from both the east and the west, this series paints the complete picture of the man who is widely considered the most infamous terrorist in history, and as such we expect this series to resonate with viewers right across the world.” 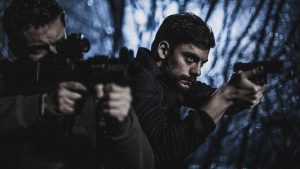 The deal sees Globoplay pick up two seasons (24 x 50-minutes) of the spy thriller, which was produced by Telekom Srbija and Film Danas, who have recently begun filming a third season for Serbia’s Superstar TV for a 2022 debut.

Created and produced by Predrag Antonijevic and directed by Miroslav Lekic and Ivan Zivkovic, Civil Servant follows a young, ambitious Serbian Secret Service agent, Lazar Stanojević (played by Milan Marić) as he negotiates the rules of the international spy game in the modern world. He quickly learns that all is not what it seems, and he is left fighting the distrust that he has for everything he thought to be true.

Jimmy George, VP of sales & acquisitions at GoQuest Media commented: “We’re so glad that this captivating series has found its home with Globoplay. We hope Brazilian audiences root for the protagonist Lazar as they discover great and unique locations, engage with the characters and enjoy the novelty of learning the workings of an intelligence network that is quite unfamiliar.” 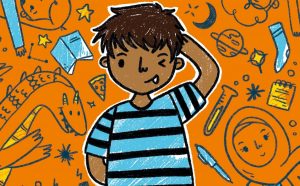 Lime Pictures will work closely with Mian and producer Sajid Varda, founder of UK Muslim Film and co-Chair of the BFI’s Screen Advisory Group, to adapt the series for the screen.

The series tells the story of Omar, who finds himself an accidental magnet for all sorts of trouble after moving to a new house and a new school – from trying to escape a school bully to saving a mosque and avoiding a possible alien invasion.

“This is an incredible milestone for Muslim representation in children’s programming,” said Varda. “I have been a fan of Zanib’s work for many years and the Planet Omar series is a firm favourite with my children.”

The series will be anchored by leading American journalist Brian Ross as he recounts shocking murder investigations that shook the country.

Killer USA is currently in pre-production and is set to deliver in Spring 2022, with Rocket Rights handling international and ancillary domestic distribution rights.

The commission comes at the same time as Rocket Rights has licensed all three seasons of the original Killer Britain to True Crime Network. The series, which airs on A+E’s C+I service in the UK, is presented by journalist Dermot Murnaghan.

FirstLookTV’s Will Hanrahan commented: “Brian will bring a unique perspective to the reporting of 10 terrible crimes which shocked America. FirstLookTV is delighted to have both secured Brian to our team and our latest commission from the True Crime Network.”