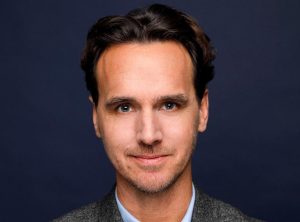 The Fox Corp-owned Fox Entertainment will own and operate all TMZ-branded media properties, including its syndicated TV shows, sports site TMZ Sports, and the TooFab.com and TMZ.com websites. The brand’s editorial staff will remain in place, led by TMZ founder and managing editor Harvey Levin, who will report to Fox Entertainment’s president of Alternative Entertainment and Specials Rob Wade.

Terms of the sale have not been disclosed, but reports claim that the deal is worth less than US$50 million.

Fox Corp. CEO Lachlan Murdoch, said: “The unique and powerful brand Harvey has created in TMZ has forever changed the entertainment industry and we’re excited to welcome them to Fox. TMZ has been an impactful program for our Fox television stations and broadcast partners for many years and I know Jack Abernethy and Charlie Collier will find creative ways to utilise and expand this content in effective and compelling ways for our audiences.”

Collier, CEO of Fox Entertainment, said, “When I see a breaking celebrity-related story that is equal parts shocking, fun and addictive, I know it’s TMZ. We see great potential in building upon this franchise by adding new creative ventures with Harvey and everyone at TMZ. Here’s to Harvey, Charles and the team leaning over Fox cubicles for years to come.”

The sale comes as WarnerMedia and parent company AT&T continue to sell off non-core assets in an attempt to alleviate debts. It follows the US$1.18 billion sale of anime unit Crunchyroll to Sony’s Funimation Group earlier this year.

AT&T is also spinning off WarnerMedia into a standalone company with Discovery. Warner Bros. Discovery, which will house the streaming services of both companies, is expected to launch in earnest next year.