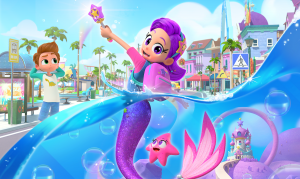 The 52 x 11-minute series is due to launch in early 2022 and is being produced for the streamer along with its partner Live Fun, while the show has also been pre-bought by EBS Korea.

Currently in production, Rainbow Bubblegem is a 3D animated fantasy aimed at children aged 6-9, which recounts the magical adventures of seven mermaid princesses who must go to school on land to search for enchanted jewels to save their undersea realm from an evil witch.

Selina She, director of kids’ IP development and programming centre at Tencent Video, said: “Co-production is an important part of Tencent Kids’ strategy and we are delighted to team up with Live Fun and Campfire Aniworks for this magical new series.

“Hugely fun, with seven colourful and adorable heroines who young children can readily identify with, it promises to be thrilling viewing for our audience as well as teaching them valuable life lessons about the importance of friendship and teamwork.” 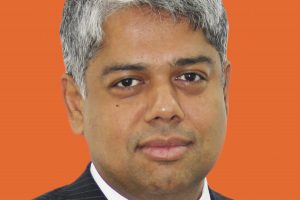 Toonz has tapped former Zee Entertainment boss Mukund Cairae to head the new division, which will seek to expand the platform business into more territories over the next two years.

“I think this is the right time for Toonz to focus more on platform entertainment. The content industry is booming around the world and demand for kids’ content, especially, is unprecedented.

“We have consolidated our position as a leading kids and family entertainment company in the last 20+ years, with a diverse portfolio of businesses ranging from animation production to emerging technologies. So, venturing into the platform business space is a natural progression for Toonz,” said P. Jayakumar, CEO of Toonz Media Group. 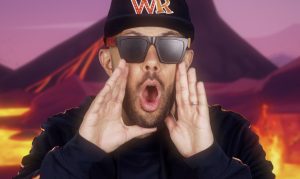 Sky Kids in the UK has boosted its educational slate with two new original shows commissions along with a collection of Paw Patrol shorts from Nick Jr.

Produced by Monkey, the 10 x 5-minute MC Grammar’s Wonder Raps is presented by MC Grammar, aka Jacob Mitchell, a teacher who uses rap to teach kids cool facts about the world, and will land next month.

Meanwhile, the 10 x 10-minute Sharks Up Close With Steve Backshall, will air later in the year, and brings the secret world of these misunderstood apex predators to life.

All three commissions will be available on Sky Kids and streaming service NOW.

Lucy Murphy, director of kids content, Sky UK and Ireland, said: “We know parents want screen time to play a positive role in family life and increasingly they are looking for TV shows that both entertain and support their kids’ wider learning goals.

“So we’re thrilled to be adding even more exclusive content to Sky Kids this Autumn that will entertain, engage and educate too.”