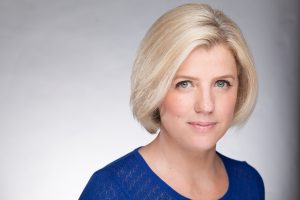 Vice Media is looking to serve a “global identity” as it ramps up local programming that can resonate around the world.

Speaking at NEM Dubrovnik, Vice’s global head of distribution Bea Hegedus said the company had expanded its focus to offer shows that would attract not just the millennial audience, but also younger viewers from subsequent generations.

“When we started we were a millennial-focused brand with one audience, but now we also have the Gen Z’s, the Gen Y’s and we’re also doing a range of long-form content for many companies like Netflix.”

Hegedus, who joined Vice from ITV Studios last year, added that her company’s brand stood for telling “authentic stories” and said that had become a key reason for its global resonance, pointing to recent success in India.

“We’re the number one provider for Netflix there, we’re making 16 pieces of content – all completely local – with shows such as Indian Predator.

“Local is very important for us and my job is to send that local content around the world. Indian Predator – if it was available for me to sell globally, which it’s not because it’s all with Netflix, would be very popular and that’s because there is no ‘local’ audience anymore. There is a global identity we are serving.”

Peter Wassong, lead TV content for Europe at Deutsche Telekom, added that for international channels under his purview, local content is also “working the best.”

“The art of course is to find the kind of content that has local appeal but has a USP that then also works across different countries,” he added.