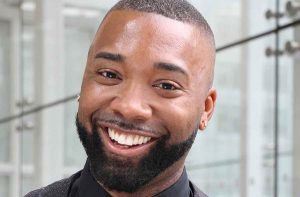 Disney-owned US streamer Hulu has expanded appointed an MTV Entertainment exec as its director of unscripted original series.

Dane Joseph’s remit includes oversight of all unscripted originals for the streamer from development to production.

Joseph, who reports into Hulu’s head of unscripted and docs Belisa Balaban, was most recently VP of development at MTV and VH1.

During that stint, he worked on true crime shows including When Fame Turns Deadly and My Triue Crime Story, as well as My Celebrity Dream Wedding.

Before that, Joseph created Your Husband Is Cheating On Us for Bravo and gained credits on shows such as Breaking Amish and Return to Amish for TLC.

Balaban said: “[Joseph] has great creative instincts, as well as the skill, relationships and experience to execute at the highest level.”

Joseph added: “I am grateful to Belisa and Rob Mills for welcoming me aboard and entrusting me to deliver the highest quality unscripted programming for the Hulu audience.”

In related news, Hulu has expanded its deal with Vice by acquiring more than 130 hours of shows from the youth-skewing producer’s sales division.

Vice Distribution and Hulu began their partnership in 2019, with the new deal seeing most titles already available renewed and 50 hours of brand new programming brought to the platform.

Vice Distribution launched last summer and has a catalogue of more than 1,000 hours of programming created by the parent group. The company recently closed its UK channel to focus on AVOD, as revealed by TBI, but has also been expanding its network relationships elsewhere, including in Australia.