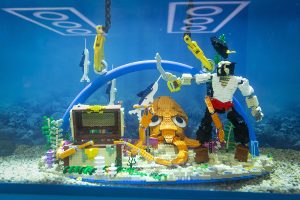 Screentime New Zealand will produce this adaptation, with marks the 14th local version after the format as recently picked up in Spain and Norway.

The format sees pairs compete against each other to create the most awe-inspiring designs and brick models out of LEGO in the hopes of wowing the judges.

Banijay serves as the exclusive format and finished tape distributor globally for the format, which was originally created by Tuesdays Child Television and the LEGO Group.

Philly de Lacey, CEO of Screentime New Zealand, commented: “Following the success of LEGO Masters in Australia, the US and Europe, we’re so excited for LEGO fans in New Zealand to finally have the opportunity to compete in this incredible series.  We can’t wait to see what amazing designs Kiwis will bring to the LEGO table.” 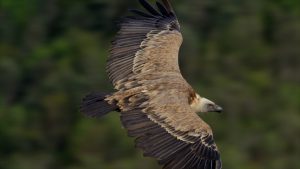 France Télévisions Group has ordered a one-off documentary about the largest bird in Europe – the vulture.

Paris-based Pernel Media will produce the 1 x 60-minute special, Meet The Vulture Families (aka Bienvenue Chez Les Vautours), which is directed by Emmanuel Rondeau. Shot in Provence, in the south of France over 12 months, the production will focus on four different species of vulture – the griffon, black, Egyptian and the bearded vultures. Fabrice Frank is executive producing for Pernel Media.

Produced by CBS Studios in association with Scott Free Productions and King Size Productions, the series is a spin-off and sequel to The Good Wife, starring Christine Baranski as Diane Lockhart, who joins a Chicago law firm after a financial scandal. The fifth season is currently streaming on Paramount+, with new episodes dropping weekly.

Nicole Clemens, president of Paramount+ original scripted series, commented: “We are thrilled to continue The Good Fight‘s enduring legacy with a sixth season and can’t wait to see what the brilliant minds behind the series, Robert and Michelle King, tackle next.”