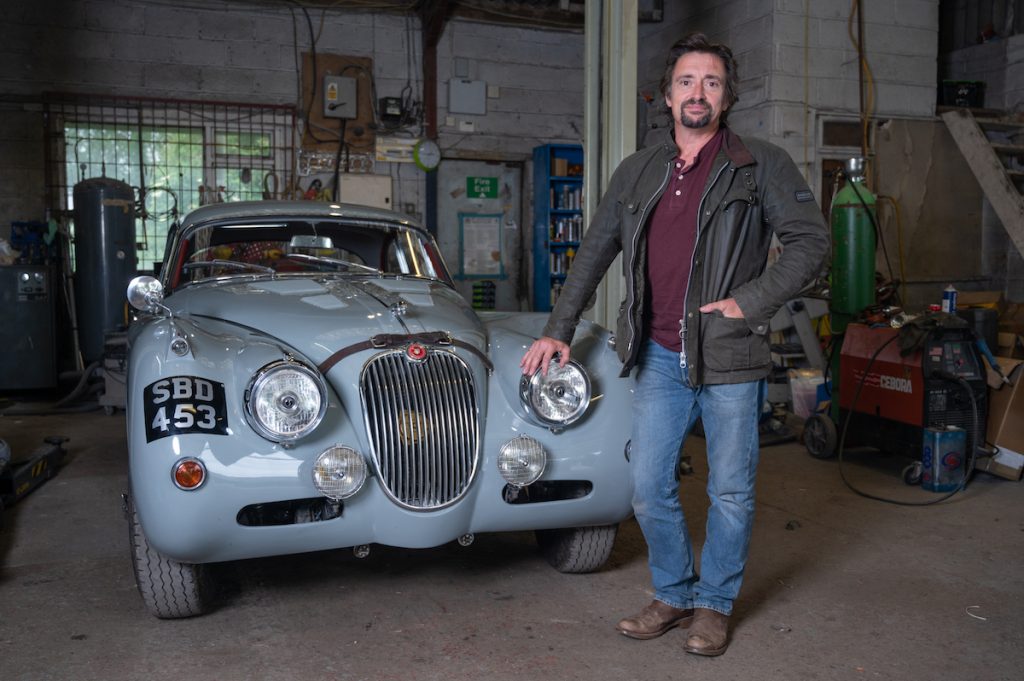 Produced by Chimp Television and Krempelwood, the series, with the working title of Richard Hammond’s Workshop, will follow the presenter as he tries to start a prestige classic car restoration and repair business near his home in Herefordshire in the UK.

Featuring both local characters and Hammond’s family as he ropes them in to support him, the series will see him striving to learn the business from the ground up while putting his money and reputation on the line.

Alongside barn finds, prestige cars and restored classics, the team will also work on former Top Gear presenter Hammond’s own extensive collection of cars and bikes. The host’s grandfather was a senior factory inspector for British manufacturer Jensen Motors in the 1970s and he will honour that legacy by taking a special look at this heritage car-maker, which is close to his heart.

“I’ve spent 25 years critiquing other people’s cars and now I’m putting my own work out there,” said Hammond. “My grandfather was an automotive craftsman, who knows, maybe I’ve inherited some of his skill. So this is a real business, a real project and I really hope people enjoy watching the highs and inevitable lows throughout the series.”

“Richard Hammond is an icon of the automotive world and we’re absolutely thrilled to welcome Richard Hammond’s Workshop (w/t) to our Discovery+ Originals family,” added Simon Downing, head of factual and sports UK at Discovery, who ordered the series for Discovery+.

The commission comes on the heels of other unscripted orders for the streamer, including hotel renovation series Trixie Motel, and shortly after it poached Facebook Watch head of unscripted Toby Faulkner as SVP of content.