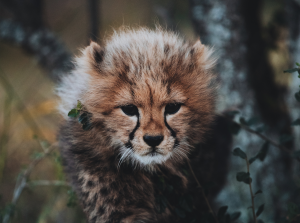 New Kids In The Wild

Audiences on the platform will have access to the brand’s programming on both the linear channel and VOD service as part of a three-year carriage deal. Programming highlights that have been localised in Swedish include Dogs With Extraordinary Jobs and New Kids In The Wild.

The Swedish launch follows the roll out on Telenor’s linear platform in Norway last year, further expanding Love Nature’s reach in the Nordics.

“We at Telenor have been impressed by Love Nature which brings audiences powerful stories about the natural world and fosters a deeper understanding and connection to the planet we call home. The launch of the HD-service and the award-winning library of 4K natural history series and documentaries will enable us to further develop our partnership in the near future,” said Leif Björklund, head of TV & media at Telenor Sweden.

Channel 5 heads to the seaside

Produced by IWC, a Banijay UK company, the 5 x 60-minute Susan Calman’s Big Seaside Holiday (working title) is set to be stripped across five nights, following the host as she journeys around the country. Gerard Costello will executive produce.

In each episode, Susan will travel to a well-known British beach resort, immersing herself in all it has to offer and revealing all the special highlights that make it a must-visit destination.

“After a unique year, this is the perfect time to celebrate all that is great about the British seaside holiday,” said Costello. “Whether you already love a seaside break or you’re planning to re-discover the joys of British resorts this year, this week-long holiday with Susan is the perfect way to kick off your summer.” 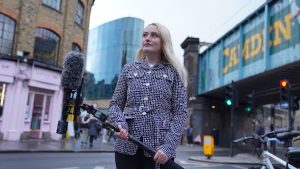 The shorts will feature on UKTV-owned Dave’s YouTube channel as part of the network’s plan to serve online audiences. It will debut on 18 June with new episodes made available weekly. Each instalment will see Dimoldenberg interview people on the street to find out who, if anyone, cares about topics ranging from billionaires to UK borders.

Dimoldenberg is the creator of YouTube series’ Chicken Shop Date and Amelia’s Cooking Show and Who Cares? marks her first third-party content production.

“YouTube allowed me to learn the craft of making filmed entertainment for a culturally curious audience and to do it without compromise,” said Dimoldenberg.

ViacomCBS’ ad-supported streaming service Pluto TV has agreed a deal with LG Electronics to expand their partnership in Europe.

The new deal will see LG TV owners in select European markets gain access to the service – so long as their set is produced after 2016 and running webOS.

The Pluto TV app had already launched for LG TV owners in Germany and the UK, but this new announcement extends the app to France and Spain. In addition, the four European countries will gain more than 100 Pluto TV channels available via their EPG later this year.

This expanded relationship follows one which was first established in the US in 2020.

Pluto TV currently has 50 million monthly active users across 25 countries in three continents including the US, Europe and Latin America.

“Dimz Inc. will focus on comedic content, led by women, for digital and on-screen talent. It will also aim to simplify and enhance the process between content creators (such as myself), broadcasters and commercial partners.”