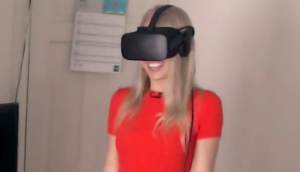 Too Shy To Date

Canadian format production and distribution company Media Ranch has announced multiple option deals for its VR dating format Too Shy To Date, as well as a co-development agreement with Korea’s Something Special.

Media Ranch signed a multi-territory option deal with Banijay for Too Shy To Date, covering Initial for the UK, France’s Adventure Line Productions, and the Netherlands with SimpelZodiak, while the show has also been optioned by Figure 8 in the US.

Originally created and produced by DR in Denmark, the social experiment format takes eight introverted people who experience social anxiety and cannot find love in real life and has them enter a virtual reality world to find a match.

The company is also looking to ramp up its original IP creation with a new co-development deal on an adventure-challenge format with Korean format agency Something Special, whose lifestyle format Miracle Habits has also been licensed to Germany’s Tresor TV by Media Ranch, which it acquired from Something Special in last year’s format exchange partnership.

Seoul-based Something Special recently struck a deal giving ViacomCBS International Studios exclusive first-look rights to globally represent and co-develop up to 10 of its top unscripted and factual entertainment formats, across genres including music competition, food and cuisine, game shows and reality.