ProSiebenSat.1 has ‘open mind’ to merger as Mediaset looks to ‘engage’ 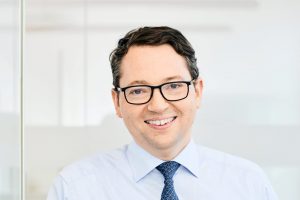 German media giant ProSiebenSat.1 would be open to a merger, CEO Rainer Beaujean has told investors.

There has been mounting interest in the German broadcaster from Mediaset, which controls a 23.5% share of the company in shares and other ‘financial instruments’. This includes a direct voting stake of 12.4%.

Following a truce with Vivendi, Mediaset is now looking to ramp up its long-awaited plans for a pan-European group based in the Netherlands, dubbed MediaForEurope.

A deal for ProSieben would serve to bring about cross-border consolidation, with Mediaset CFO Marco Giordani telling Reuters that his company “would love to have more engagement.”

In response, Beaujean said that while the company “does not need any help from outside” it would “not close our minds to any reasonable idea.”

Speaking at the company’s AGM, he added: “If we are asked to enter into strategic talks, we will of course listen to the proposal with an open mind.”

The CEO did, however, rebuff the possible financial benefits of a merger, saying that it is “almost impossible to achieve” cost synergies with such cross-border consolidations.

Mediaset’s proposed plans are designed to give European media groups a fighting chance against the big-budget US streaming players, such as Netflix and Disney.

ProSiebenSat.1 operates an array of domestic channels and is home to Love Is Blind producer-distributor Red Arrow Studios, which it attempted to sell last year. It also operates OTT service Joyn with Discovery, although its future is unclear following the factual giant’s merger plans with WarnerMedia.