Netflix has hired an exec from Bonnier-owned SF Studios to lead its original series for the Nordics.

Jenny Stjernströmer Björk will become director of Nordics original series from 1 September and will be based out of Stockholm, reporting into Amsterdam-based Larry Tanz.

She will lead the original series team in the region and replaces Tesha Crawford, who is moving to become director of global franchises at the streaming giant.

Björk joins from SF Studios where she had been since 2014. She had most recently been chief content officer for the past five years, working on shows such as The Cake General, The Sunny Side, The Unthinkable and the upcoming Burn All My Letters. 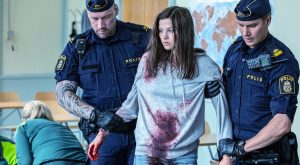 Prior to that, Björk headed up the acquisition team at SF Studios, launching several new international partnerships with StudioCanal and STX, and in the Nordics with FLX, Sweetwater, Meta film, Miso Film, Helsinki Filmi and Yellow Film and TV, among others.

Netflix unveiled plans to launch its Nordic office in Stockholm earlier this year, with the division acting as a hub for the region. The streamer is also opening a satellite office in Copenhagen, Denmark.

The streamer, which has just over four million subscribers in the region, will offer almost 70 original titles from the Nordics by the end of the year, with shows such as Norway’s Ragnarok and Quicksand from Sweden ordered to date.