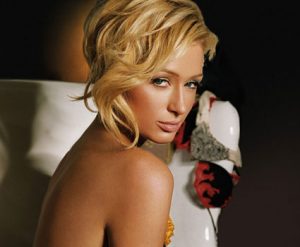 NBCUniversal streamer Peacock is expanding its unscripted originals offering with commissions for several new productions, including a docuseries about Paris Hilton’s wedding preparations.

Paris In Love (working title) is a 13-part series following the entrepreneur, activist, DJ and reality star ahead of her marriage to venture capitalist Carter Reum. Cameras capture everything from shopping for the dress to the big day itself.

The series is being produced by Warner Bros. Unscripted Television in association with Shed Media, Telepictures and Slivington Manor Entertainment, while Hilton exec produces alongside Bruce Gersh.

True Story (working title) is a six-episode hybrid alternative-scripted series in which everyday Americans sit down with actor-comedians Ed Helms and Randall Park to share their most extraordinary and unbelievably true stories for the first time.

These commissions follow other recent Peacock Original unscripted series orders including Hart To Heart, Unidentified With Demi Lovato, Frogger and Ex-Rated, as well as a doc trio earlier this week, with Perfect World: The Gamer Murders, Downey Wrote That and Diamond Princess.