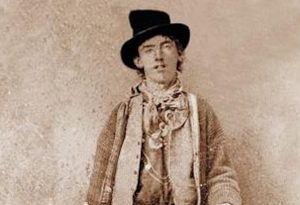 MGM-owned US network Epix has ordered Billy The Kid, a new adventure series based upon the life of the infamous American outlaw.

Written and exec produced by Michael Hirst (Elizabeth, The Tudors), the 8 x 60-minute series is being produced by Epix Studios, MGM International Television Productions, De Line Pictures and Amblin Television, in association with Nordic Entertainment Group streamer Viaplay, and is expected to enter production this June for a debut in 2022.

Donald De Line will also exec produce for De Line Pictures, alongside Darryl Frank and Justin Falvey for Amblin Television and Otto Bathurst and Toby Leslie for One Big Picture, with Bathurst also set to direct the first two episodes.

The series will explore the life of the outlaw, also known as William H Bonney, from his humble roots to his years as a cowboy and gunslinger on the American frontier.

“Michael Hirst has created a series that will take the audience on an entirely unexpected, thrilling ride, turning what they thought they knew about this iconic character on its head,” commented Epix president Michael Wright, who recently added MGM TV to his remit. “We can’t wait to see how this talented creative team unfolds this story and brings it to life for our viewers.”

Billy the Kid marks the fourth greenlit project for the recently launched MGM International Television Productions label and the second co-production with Epix following the sci-fi horror series From. The division also recently announced a pilot order from Amazon Studios for YA mystery drama Shelter, as well as The Reunion, an adaptation of French author Guillaume Musso’s novel La Jeune Fille Et La Nuit, with Make It Happen Studios and France Televisions.