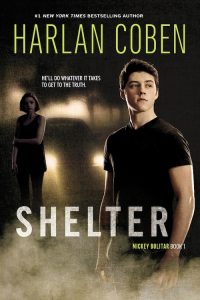 Amazon is expanding its scripted output with an adaptation of a Harlan Coben novel and has also ordered a true crime docuseries from Italy.

YA mystery/crime drama Shelter is from MGM International Television Production and is based on the first novel in Coben’s Mickey Bolitar trilogy, with the show greenlit to pilot by Amazon Studios.

Shelter tells the story of Mickey Bolitar, who witnesses his father’s death before finding out he was not the man he thought he was.

Amazon in Italy, meanwhile, has ordered five-part docuseries Veleno: The Town of Lost Children. The show has been inspired by the book Veleno – Una Storia Vera by Pablo Trincia, which documents allegations of child abuse in Italy during the late 1990s.

The show, which has been written and directed by Hugo Berkeley, will launch on Prime Video in Italy in May. It has been produced by Fremantle Italy, with Ettore Paternò attached as executive producer. Fremantle holds global distribution rights for the series. 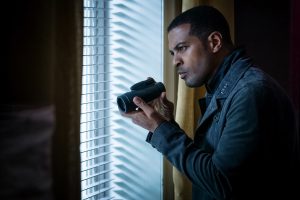 The five-parter starring Noel Clarke has also been acquired by SVT in Sweden, YLE in Finland, NRK in Norway and DR in Denmark, along with commercial broadcaster Sýn in Iceland.

The drama is sold by Banijay Rights and produced by sibling prodco Tiger Aspect, in association with Unstoppable Film and Television. It will debut globally on UK broadcaster ITV on 26 April.

The story follows a tense police surveillance investigation into a tight knit community in Manchester, UK and explores whether it is ever possible to observe the lives of others with objectivity.

US production company Truly Original is turning Benjamin Lorr’s nonfiction book, The Secret Life of Groceries: The Dark Miracle of the American Supermarket, into a multi-part factual series.

The book, which the prodco has optioned, explores the vast and complex grocery industry, including the hidden reality of how the modern American supermarket operates.

The docuseries will track Lorr as he blends investigative journalism and travelogue-style reporting to delve into the machinations of the industry in the US. Broadcaster/streamer details have not been revealed.