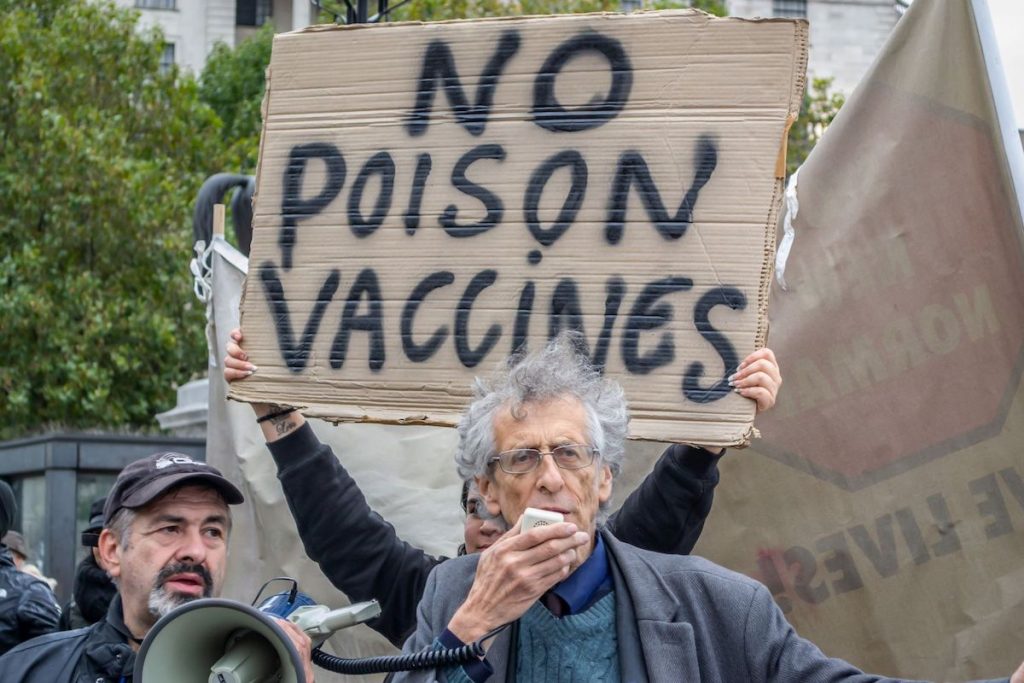 UK comcaster Channel 4 and European broadcaster Arte have commissioned a feature-length documentary about the anti-vaccination movement from British prodcos Caravan and Quicksilver Media.

The 1 x 90-minute film with the working title of The Rise Of The Anti-Vaxx Movement will explore how the movement has impacted global efforts to defeat the Covid-19 pandemic and includes interviews with some of its leading proponents, as well as parents on both sides of the battle.

It is directed by Colette Camden (Married To A Paedophile) and produced by Flora Bagenal, while the executive producers are Dinah Lord and Eamonn Matthews. All3Media International will distribute the documentary worldwide.

London’s Caravan is behind shows including Killer Ratings for Netflix, Buried Secrets Of The Bible for National Geographic and New Order: Decades for Sky. Oxford-based Quicksilver, meanwhile, has previously produced a number of docs for Channel 4, such as Britain’s £400bn Covid Bill: Who Will Pay?, Death In The Alps and Trump’s Coronavirus Catastrophe.

Eamonn Matthews, exec producer for Quicksilver, said: “Just at the moment when Covid vaccines offer the best chance for saving the lives of millions across the globe, the anti-vaxx movement has grown in strength. The Rise Of The Anti-Vaxx Movement investigates this well-funded and organised movement and the methods it uses to draw in and hold its followers.”

Dinah Lord, executive producer, for Caravan, added the film was “a timely and globally resonant story, providing a forensic investigation into the anti-vaxx business, exploring some of its more disturbing activities and shedding new light into a growing movement which has the potential to change the course of history.”