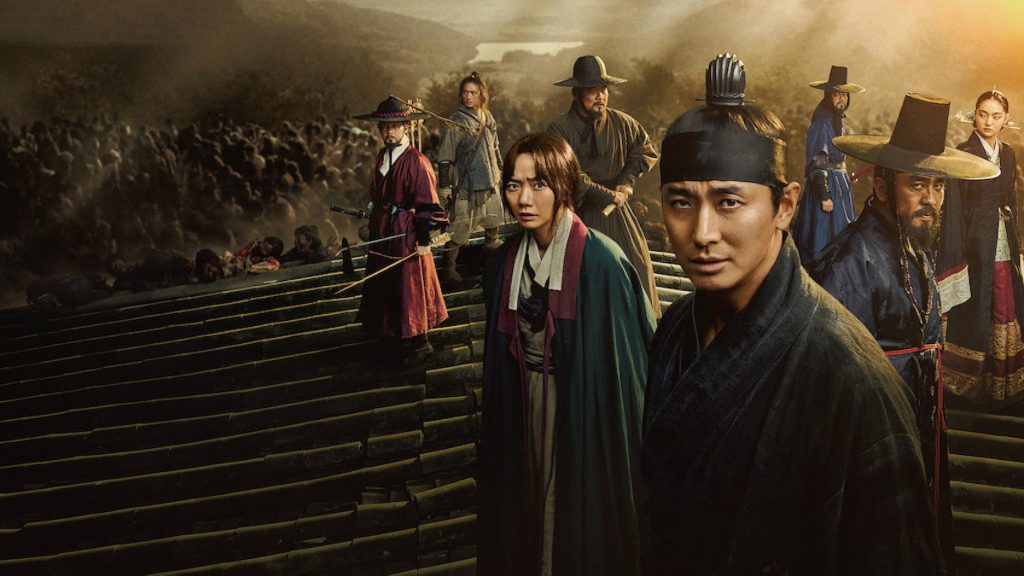 Streaming services have surged in popularity over the past 12 months but research revealed today suggests an ongoing growth trajectory for OTT over the next five years, writes Richard Middleton.

Netflix might have seen its global subscriber numbers disappoint last week but there seems little doubt that the wider industry trend towards streaming will only grow.

Data revealed today by Digital TV Research claims that global revenues from the OTT market are set to almost double by 2026 from the current level of $106bn in 2020.

It means the OTT market is set to hit revenues of $210bn in five years time, with an additional $23bn in revenue set to be recouped by operators in 2021 alone.

While companies such as Netflix have been rapidly investing in content from Asia to ensure they can compete in the region – the Kingdom streamer plans to spend $500m in South Korea this year alone, for example – the top five OTT revenue raisers in 2026 will be remarkably similar to those dominating today’s ecosystem.

The US, China, the UK, Japan and Germany are predicted to be the major players on the global OTT stage in five years time, commanding two-thirds of revenues.

However, this figure is down from the 71% of revenues that the five countries brought in during 2020, with emerging markets like Southeast Asia and MENA continuing to cut the cord.

Research suggests that China will add $8.4bn to its OTT revenues to reach $24bn by 2026, while Japan will see its OTT revenue growth soar by $4.5bn, taking its annual total to $9.2bn.

Elsewhere, increasingly competitive countries such as India will also experience rapid growth, with its OTT revenues more than tripling – up by $4.7bn to more than $6.7bn over the next five years.

The report also notes that SVOD revenues in particular will see a significant increase of $59bn over the next five years, reaching $126bn.

However, the ongoing popularity of AVOD is set to provide a notable boost to the overall OTT ecosystem, which will in turn see subscription service’s revenue drop as a proportion across the whole market. 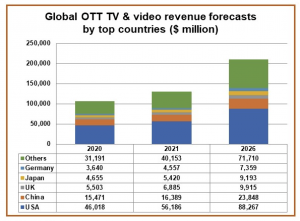 The research suggests SVOD’s market share will dip by 2% to 60% by 2026, with operators such as Pluto TV, Roku and Tubi continuing their rapid growth.

IP owners are also increasingly embracing AVOD and FAST (free ad-supported TV) as a means of distribution, with companies such as Vice Media Studios just last week revealing it had partnered with Pluto TV in the US to offer programming.

That news came less than a month after TBI revealed the company had closed its Vice TV linear channel in the UK.

Despite these changes, across the entire OTT industry it is the US that will remain the dominant world power “by some distance”, according to Simon Murray, principal analyst at Digital TV Research.