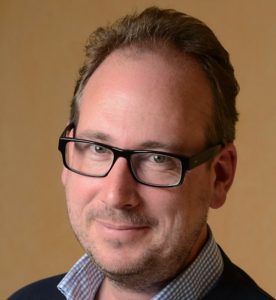 Ghost Walk (8 x 60-minutes) will follow a vivacious, aspiring Canadian actress and prickly British scientist who together become an unlikely ‘Mulder and Scully’ of the world of ghosts.

Foley is attached as showrunner on the show, which has been developed with Canadian specialty TV channel T+E and will be produced in Ontario, Canada and York, UK.

The series is the first drama for Saloon Media, which was acquired by Blue Ant in 2018 and has been behind unscripted shows such as Hotel Paranormal previously. Blue Ant said more Canadian/UK partnerships would be revealed in the coming months.

“The world that Brendan has created is fresh and unique – unlike anything we’ve seen on television before – it has all the spooks and scares you want from a ghost drama paired with an unlikely – and often comedic – duo at the helm,” said Melissa Williamson, SVP of scripted content at Saloon Media.

“It delivers the fun entertainment that we’re all craving right now and, thanks to our incredible partners at StoryFirst, we’re able to bring this to audiences across Canada and the UK.”

Barlow added: “Brendan Foley’s scripts sparkle from page one. Ghost Walk is the perfect balance between humour and intrigue and the characters of Melissa and Conroy have all the potential to be a classic on screen partnership. We are delighted to be working with Melissa, Michael and the teams at Saloon Media and Blue Ant, in bringing this amazing show to our screens.”