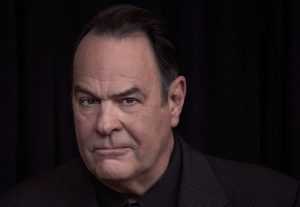 Blue Ant Studios-owned Saloon Media has started production on a second season of Hotel Paranormal, which will again be narrated by Oscar-nominated actor, Dan Aykroyd.

The 10-part documentary series provides dramatic recreations and paranormal expert insights during its tales of paranormal encounters at 4-star hotels, highway motels and inns around the world.

The show’s first season was commissioned by T+E in Canada and the second installment is available for licensing, both in the US and globally, via Blue Ant International. It is scheduled to deliver this summer.

The show has been written and directed by Gary Sinyor and stars Tim Downie (The King’s Speech) as a journalist for the UK’s fourth most successful Jewish newspaper as he tries to find stories to please his narrow-minded editor.

The deal was struck with Damian O’Hara, acquisitions manager at ViacomCBS Networks UK, with two episodes released on the platform in December to qualify it for the upcoming awards season.

US producer and streamer FilmRise has struck a talent deal with management company Night Media.

The pact will see FilmRise package and produce broadcast and streaming content from Night Media creator videos, which have garnered millions of subscribers and views on YouTube.

Night Media represents more than 20 digital native creators across numerous genres including comedy, lifestyle, philanthropy, gaming, challenges and travel. Content included in the deal will include MrBeast and Unspeakable.

Max Einhorn, SVP of acquisitions & co-productions at FilmRise, said: “The opportunity to leverage FilmRise’s vast global streaming network and Night Media’s most popular YouTube creator brands to streaming audiences is very exciting to us and we believe there will be huge cross-over success.”