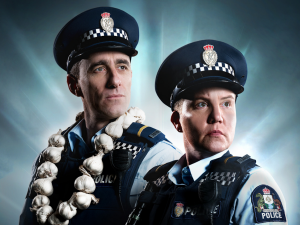 The deal comes after Fremantle recently took international distribution rights to the show, which is from Jemaine Clement and Taika Waititi.

It follows the investigations of hapless duo Minogue and O’Leary as they uncover supernatural activity on the streets of Wellington, New Zealand.

The series, which is executive produced by Clement and Waititi for New Zealand Documentary Board, has previously aired on TVNZ2 and in Australia on SBS Viceland. It will be available as a boxset from 5 April on Sky Comedy and streamer NOW TV in the UK. 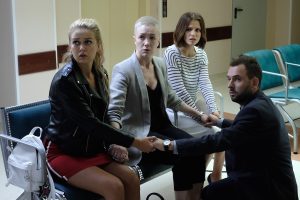 Armoza Formats, part of ITV Studios, has revealed its spring slate, with three new formats across a wide variety of genres and two scripted series.

Produced by Armoza Formats and Gamechanger’s Nimrod Harel and Yaron Yashinsky, Family Piggy Bank is a game show that puts one family’s knowledge and trust in each other to the test as they work together to try to fill their family piggy bank.

Checklist For Love (16 x 60-90-minutes) is a dating reality arc competition that taps into the age-old struggle when looking for a partner – do you follow your head or your heart?

More Is Less is a culinary competition that challenges talented chefs to take the simplest ingredients and create mind-blowing dishes.

A Family Man (16 x 30-minutes) comes from TNT Russia and follows an ordinary man who has been trying to get his wife pregnant. But when that day finally comes, he is faced with some shocking news – not only is his wife pregnant but so is his mistress – and his one-night stand.

Married Life Scenes (8 x 30-minutes), meanwhile follows a young married couple, Polina and Nikita, who were madly in love but have quickly become disillusioned by their relationship and are headed for a divorce. However, when Polina accidentally kills an influencer she thinks Nikita is cheating on her with, the couple’s passion is reignited. The series was produced by production company SREDA and will soon begin airing on the new platform of MTC.

Both scripted series are available for adaptation and as finished series.

Avi Armoza, CEO of Armoza Formats, commented; “With such an unexpected year behind us, it is more important than ever to bring innovative content that directly fits the industry’s needs. We have brought a slate features formats that will appeal to broadcasters and streamers alike – whether it’s a family game show that offers cost-effective solutions to create a prime time production, a dating reality arc competition that offers a very authentic approach to finding love in a way that viewers worldwide can relate to, or two new scripted series that offer creative approaches to marriage and family life.” 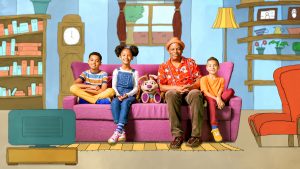 UK-based Beyond Rights has unveiled its spring content slate, with 200+ new hour heading to market, including unscripted content across a range of genres, a new kids series and many other returning titles.

Leading the company’s new slate is Saved & Remade, a 15 x 60-minute series and format created by Red Sky Productions for BBC Two that sees a team of skilled crafters take on neglected treasures and turn them into new, and often surprising, objects.

Among the other unscripted offerings is 6 x 60-minute Impossible Repairs is produced by CMJ and Attraction, following host Mike Davidson as he goes behind the scenes of some of the world’s biggest repair jobs.

The new kids’ series for this season is The World According To Grandpa from Saffron Cherry TV. The 25 x 11-minute series is built around the tall tales and silly nonsense of Grandpa who, in each episode, whisks one of his four grandchildren away on his sofa into colourful new worlds, answering their questions with outlandish, humorous answers.

Connie Hodson, head of partnerships and business development at Beyond Rights commented: “With fresh entertainment, engineering, crime, history, lifestyle and natural history content, this new slate continues to build on Beyond’s existing strengths in unscripted while also allowing us to add to our growing formats offer with Saved & Remade.” 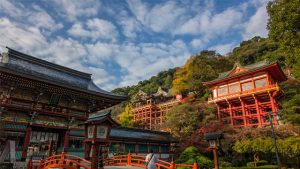 Ampersand back with more ‘Flavors’

Canada’s Ampersand is in production on a new season of its travel series Flavors.

The new 13-episode season will visit destinations including Venice, Egypt and Vietnam as it sets out to uncover beautiful landscapes, lifestyles and people.

Jean Dufour, Ampersand’s VP of production & distribution, commented: “Flavors was already our best seller as it is a universal concept, featuring destinations on all continents. But in this time of pandemic, we realise that it also fulfills the desire to escape that audiences all over the world are craving for.”

“Flavors is one of our key properties, and it was important for us to keep sending our production crews and directors abroad so as to bring the best landscapes of the world to people under lockdown,” commented Gilles Thion, Ampersand’s President:. “This was quite a challenge both last year and this year which we are proud to have successfully met thanks to the dedication and versatility of our teams.” 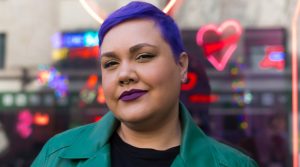 The story follows 16-year-old Ash Persaud who falls in love with Poppy Morgan on a school trip. But their romance is cut tragically short when Ash is hit by a car on New Year’s Eve.  Afterwards, Ash is trapped in the afterlife where she is one of three fierce girl-reapers forced to collect the souls of the city’s dead to be taken to await their fate. But Ash can’t forget her first love and she’s determined to see her again, dead or alive.

Marcus Wilson, head of drama at Two Rivers Media, commented: “Tanya Byrne is a true master of authentic teenage voice and experiences, and Afterlove is no exception. We all fell for Ash and Poppy – this really is a love story to die for.”