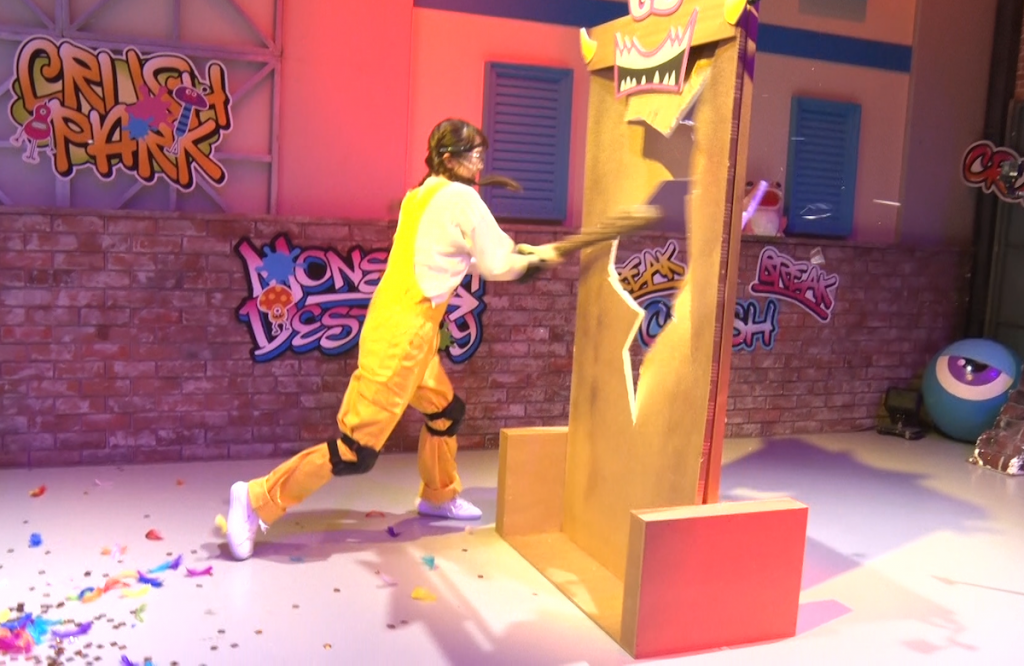 The show, which debuted on Nippon TV in December 2020 requires contestants to literally crush various objects in their quest to win the prize.

The Covid-safe format sees players take on the challenges either solo or in small numbers, minimising the risk of contact during taping. Each self-contained episode pits the contestants against three wacky obstacle courses in which they face obstacles ranging from water balloons to angry horned monsters.

Armed with weaoons ranging from hammers and sword to a special explosive potion, they must destroy as many as possible and as fast as they can to reach the prize, with the lowest scorers disqualified after each round.

“With the pop look and feel of a theme park or arcade, Crush Park thrills viewers with an excitement far-removed from daily reality. Satisfaction is guaranteed for the show’s players and viewers in this family-friendly game show.”