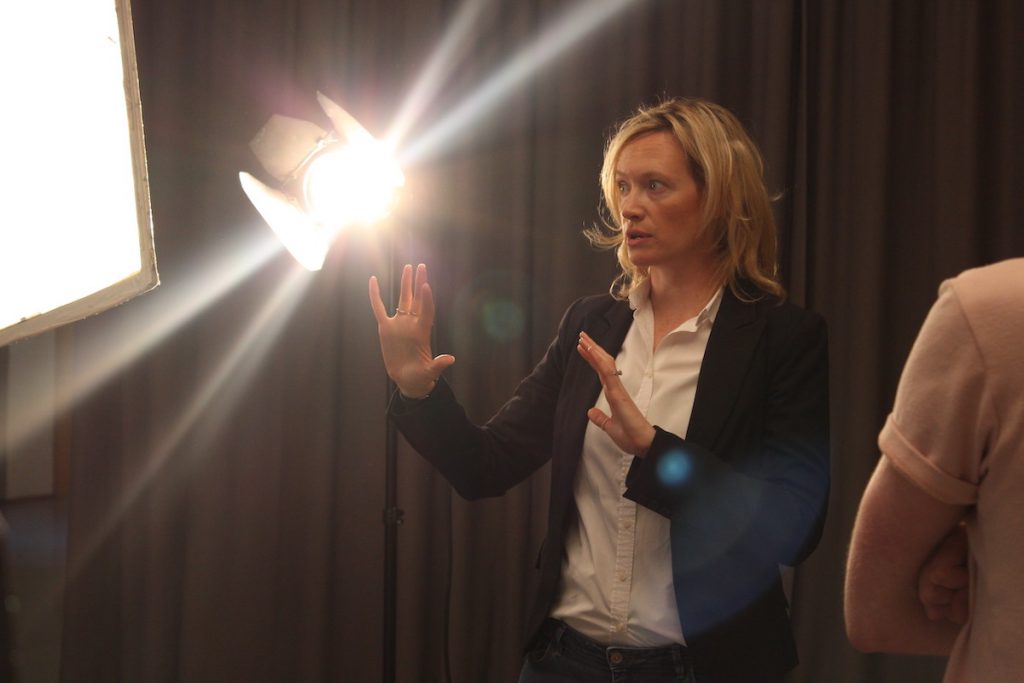 The #MeToo movement in 2017 brought with it changes to the way in which productions shot scenes of an intimate and sexual nature. The days of actors being asked to ad lib were numbered and instead intimacy coordinators have appeared within the industry.

“When there’s any kind of sexual activity or nudity, a production will bring in an intimacy coordinator,” explains Vanessa Coffey, the first person in Scotland to be employed in this still relatively emerging role.

The job does not just cover simulated sex scenes, she elaborates, but rather many aspects of intimacy and physical proximity.

“So being inside someone else’s space or kissing; it might even be for a very young person sitting on somebody’s lap. You want to make sure that you’ve got consent for all of these situations and that everybody understands what’s about to happen, rather than just assuming people do and that they’re OK with it.”

At the end of the day, intimate scenes are as much about storytelling as any other, says Coffey. “It is about picking apart what this particular moment means for the characters. I think that is something that has been skipped over a little bit until now.

In Coffey’s experience, when an actor comes to those moments without the input of an intimacy coordinator, “they immediately revert to what they would do, because they’re not approaching it through character, which is the thing that they do with every other scene.” 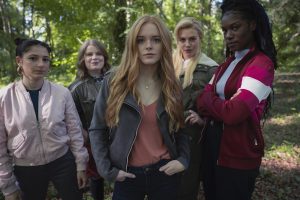 Originally from Sydney, Australia, but now living in Glasgow, Coffey was a corporate lawyer, who retrained as an actor, which she describes as her “passion”. She started lecturing at the Royal Conservatoire of Scotland, which is how she fell into intimacy coordination.

Coffey was approached by a student due to her law background, to look over a contract after they were asked to appear nude in a production. Similar requests from other students soon followed and Coffey eventually found herself on set: “I came across this term ‘intimacy coordinator’ once I had been doing the job of an intimacy coordinator,” she laughs.

“It’s something I felt really passionate about. I loved the creative elements of being an actor, but I also really missed the advocacy of law and this just brought everything together for me.”

Coffey has worked on several high-end scripted productions, including I Hate Suzie for Sky, The War Of The Worlds for the BBC and Netflix’s Fate: The Winx Saga, which makes its debut on the streamer today.

“That particular programme was so respectful of the actors and really just took everything to that next level in terms of safety for them,” says Coffey of the young adult fantasy drama, joking that she isn’t being paid for her praise.

“On Winx, we were working with really young actors, some of whom had never had an on-screen kiss before. So we talked through, how long does this kiss need to be, are we using tongues for the kiss, what’s happening with people’s bodies, hands, where is okay to touch and not okay to touch and really mapping that out.”

“I approached it in exactly the same way that I would with a sex scene,” reveals Coffey, who co-ordinated with two directors on two different filming blocks to help achieve their vision while also addressing the performers’ questions and concerns.

“I got to have a rehearsal with the actors and with the director on a closed set basis before we actually shot anything. I mean, it’s the first time I’ve ever worked on a closed set where we’re talking about a kiss; it also meant that there wasn’t that pressure of having 50 people around you while you’re trying to shoot something very intimate.” 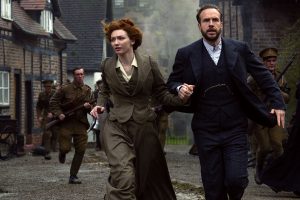 The War Of The Worlds

It is hard to understate the importance of the #MeToo movement, and the widespread exposure it gained following the allegations of sexual abuse levelled at film producer Harvey Weinstein in 2017, in kickstarting a revolution in the way intimate scenes are filmed.

“These conversations, in my experience, weren’t had at all prior to 2017; we didn’t ask actors what they were comfortable with,” says Coffey.  “A lot of directors would say ‘let’s just see what happens’. That was kind of the standard quote.”

With actors left to their own devices, the results could sometimes be mixed, at one end of the spectrum “there was obviously the possibility that boundaries would be overstepped,” says Coffey, while at the other was the risk “quite frankly that it was a bit of a terrible scene.”

There are now clear advancements in this area, Coffey explains: “I’ve noticed that people are much more comfortable now having the conversation.

Prior to 2017, we didn’t ask actors what they were comfortable with. A lot of directors would say ‘let’s just see what happens’

“I think people are much more mindful of thinking about whether or not they need to bring an intimacy coordinator into something and they’re seeing us less as the police of an intimate scene.”

Coffey says this change was clearly long overdue: “We’ve always had this role for stunt coordination. So as soon as somebody is walking towards somebody else with a knife or with their fists, there’s always been a choreography for that.

“We don’t expect actors to just ‘go for it’, yet we’ve expected them to do it with intimacy, with no understanding of literally where people’s hands, mouths and other body parts are going.”

You might be surprised to hear that Covid has not had as big an impact on actors filming up close and personal scenes as you might expect, at least not in Coffey’s experience.

“On two of the productions that I have worked on during Covid, there have been extremely good protocols in place. So testing every day, on one of the productions three times before I was even allowed on the set; masks, washing hands several times a day, bubbling within cast and crew, all of the usual stuff in trying to keep distanced.”

She adds: “It does feel pretty safe actually, to have characters kissing or being intimate in those moments, obviously if those actors feel comfortable doing those scenes.

“I think protecting actors during Covid also goes to their mental health, so I have gone outside with the actor I’m working with, stood three meters away and taken my mask off to say this is who I am, this is who is going to be talking to you when we’re in that room together, so that I’m not just this faceless individual.” 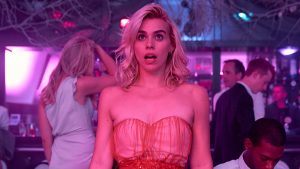 While the importance of the role is clear, Coffey and most intimacy coordinators she knows about are employed as freelancers. One exception is Alicia Rodis, who was taken in-house at HBO in the US.

“They made a decision that they would have intimacy coordinators on all of their productions. I think it will be something that places start to bring in,” says Coffey, who adds she would “love” for other studios to follow suit.

“At the moment there are only around 25 of us working across the UK, so there also needs to be a lot of work done on bringing new people into this industry to ensure that we have enough to support all of those productions that have intimacy on them.”