Hulu strikes content pact with the Kardashians ahead of NBCU exit 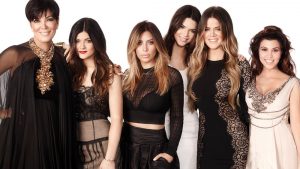 Keeping Up With The Kardashians

US streamer Hulu is to be the new home for US celebrity family the Kardashians.

The deal with the Disney-owned streamer follows news earlier this year that reality show Keeping Up With The Kardashians would be ending on NBCUniversal’s US network E! after its 20th season.

The show had been available on Hulu for multiple years following a deal with NBCU but this new pact will see Kardashian programming airing exclusively on Disney-owned streamer.

Few details were revealed during the Mouse House’s marathon investor day on Thursday, but Disney said resultant “global content” from the deal is expected to debut in late 2021. It will include Kris, Kim, Kourtney, Khloe, Kendall and Kylie from the family.

The content is also set to also be available on Disney’s international streaming service Star.

Keeping Up With The Kardashians became a global hit following its luncheon E! In 2007 and has made stars of its cast. The show is also available around the world on NBCU’s reality-skewing streamer Hayu.

In related news, Hulu has ordered a fifth season of The Handmaid’s Tale ahead of its season four premiere next year.

The show will again star Elisabeth Moss and is produced by MGM Television and internationally distributed by MGM.