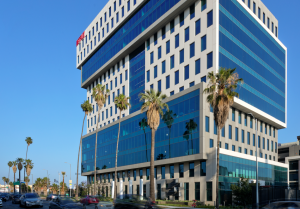 Activision Blizzard, the game publisher behind titles including Call Of Duty and World Of Warcraft, has sued Netflix after accusing the streamer of poaching its execs.

The publisher has filed a lawsuit over Netflix’s hiring of Spencer Neumann, its chief financial officer. Activision said that Netflix first approached Neumann in late 2018, with a view to eventually hire him. The game publisher would go on to terminate Neumann’s contract for violating legal obligations to the company in January 2019 with more than two years remaining on his term, and he moved over to Netflix.

In a court filing, Activision said that Netflix knowingly induced Neumann, a former Disney exec, to breach his contract and that the streaming company “has a pattern and practice of unlawfully inducing employees of other competitors to breach their fixed-term contracts.”

In the full filing spotted by Deadline, Activision is damning of Netflix’s practices when it comes to employment: “To shape its workforce to its desires, Netflix not only ruthlessly fires its own employees that it deems ‘adequate,’ but is engaged in a years-long campaign of unlawfully poaching executives from Netflix’s competitors regardless of their contractual obligations.”

The lawsuit also alleges that Netflix knew that Neumann would be in breach of his contract for contract and offered to cover any costs associated with the fallout: “Netflix intentionally and substantially induced, assisted, and encouraged Neumann to breach his fiduciary duties by recruiting him and offering him employment with Netflix and agreeing to indemnify Neumann for any claims against him arising from his breach of the Neumann Agreement and/or his fiduciary duties.”

In addition, it alleges that Netflix co-CEO Reed Hastings “was personally involved in Neumann’s recruitment and hiring, evidencing that Netflix’s tortious and unethical conduct is intentional and a directive ‘from the top.’”

Along with seeking punitive damages, Activision is seeking a permanent injunction in a California court that will force Netflix to stop its practice of tapping up employees who are in the midst of fixed-term contracts.

Neumann’s transition came while the two parties were negotiating over a licencing deal which would see Netflix “distribute Activision’s linear media content” – allowing Netflix exclusive access to any films or shows based on its properties.

With no news manifesting on this front, and Netflix recently announcing a deal with rival publisher Ubisoft for a TV series based on the Assassin’s Creed franchise, it would appear that any chance of a deal is dead.