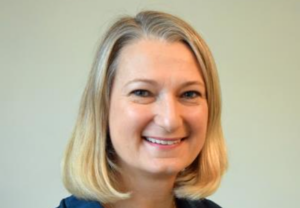 Connell becomes EVP of distribution at Newen Connect and will be based in London and Paris, reporting to Newen’s recently appointed chief distribution officer Rodolphe Buet.

She will lead the fiction and non-fiction sales teams in France and internationally, as well as overseeing the financing of projects, pre-sale deals and developing co-production partnerships. She will also have to boost multi-territorial agreements.

Connell’s appointment at Newen comes a year after her former employer Sky Vision was rolled into NBCUniversal International Television Distribution, where she had been SVP of sales since October 2019.

Prior to that, Connell was director of global sales at Sky Vision, which she joined in 2012 following the acquisition of her previous company Parthenon. She has also had stints at ITEL and IMG.

Buet said Connell’s “expertise in managing the sales teams and her efficiency in developing ambitious projects will enable Newen Connect to further strengthen its position as European distribution leader.”

Connell’s arrival is the latest addition for Newen, which restructured its operations recently by bringing the commercial activities of its various distribution entities including Newen Distribution, TF1 Studio and Reel One International into Newen Connect.

The new-look team is made up of over 20 sales executives located in Paris, London, Montreal, New York and Buenos Aires, all headed by Buet.

Newen’s catalogue stands at 5,500 hours of shows across genres, while the group is also home to Canadian scripted producer-distributor Reel One Entertainment, which it acquired last year.

NBCU, meanwhile, has been restructuring its operations around the world over the past 12 months, including combining its domestic and global divisions, with former distribution chief Kevin MacLellan stepping down. It has also started cutting thousands of staff as it focuses more attention on its streaming business, following the decision to combine its TV and streaming divisions under Mark Lazarus.