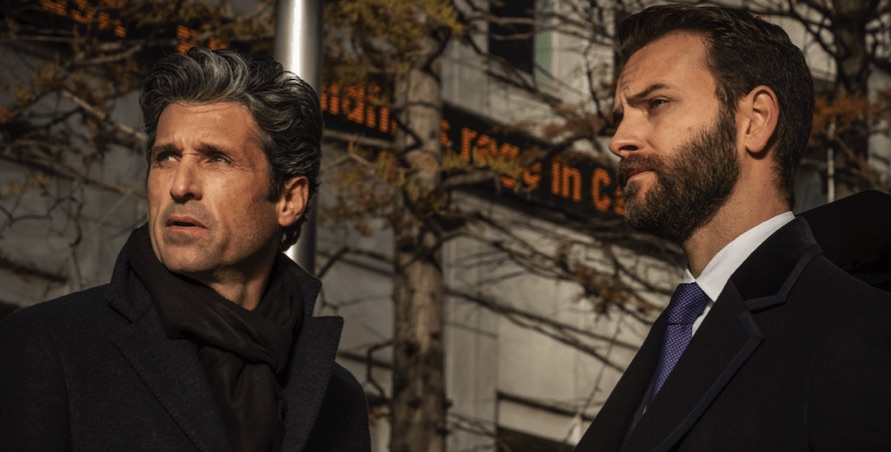 NBCUniversal Global Distribution bosses have promised a “seamless transition” around its takeover of Sky Vision, highlighting that they are on track to integrate the latter business into operations by 1 October.

Belinda Menendez, president of NBCUniversal International Television Distribution and Universal Networks International, was among a number of NBCU execs in London on Tuesday (9 September) for Sky Vision’s final drinks event, held at London’s BAFTA for its production partners, which included the likes of Chernobyl producer Jane Featherstone and Pat Younge, founder of Sugar Films.

Noting that she wanted to meet “as many producers as possible”, Menendez said she was “confident” that NBCU would reach the October deadline to roll Sky Vision into the Comcast-owned outfit’s extensive distribution operations.

The changes, which were first revealed in April, come after Comcast acquired European pay operator Sky last year for $40bn. It subsequently chose to close down the broadcaster’s seven-year-old sales arm, which hit its £200m ($247m) revenue target two years ahead of schedule under the leadership of MD Jane Millichip. 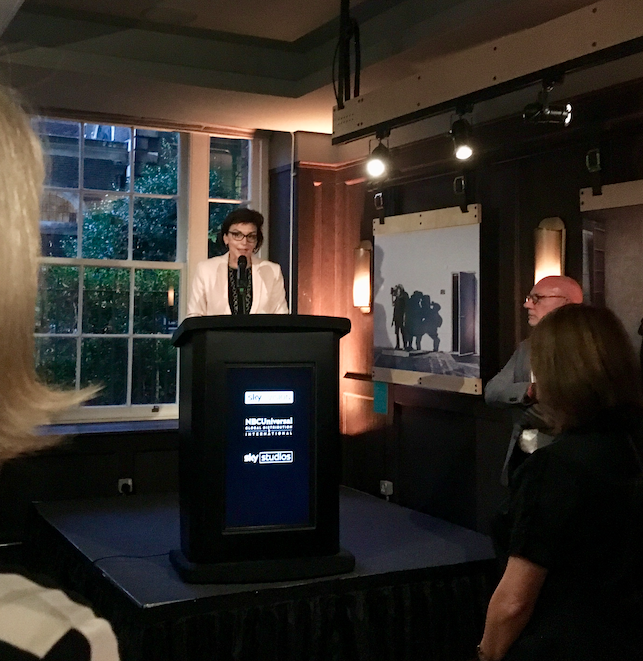 Jane Millichip at the final Sky Vision event in London

TBI understands that around 10 jobs at Sky Vision are affected by the NBCU takeover, with execs departing Sky Vision including Peter Pas, head of sales for Asia Pacific, Latin America and Canada, and Andrew Bowers, acquisitions manager for non-scripted.

Davey – who addressed the audience alongside Menendez and Millichip – has said that, moving forward, Sky Studios will operate with just “one rule: no rules”.

The business has around 52 scripted projects in the pipeline, including 34 dramas and 18 comedies, said the Australian exec, noting that it continues to “believe in the indie community”.

Under the new structure, Sky Studios will produce for an array of third-party broadcasters and platforms. Speaking on Comcast’s quarterly earnings call in July, Sky CEO Jeremy Darroch – who did not attend the BAFTA cocktails – said that Sky Studios could be “a really fantastic partner” for new direct-to-consumer players such as Disney and WarnerMedia or “anybody else who wants to develop a D2C business in Europe.”

“We have very big ambitions,” said Davey, whose most recent role was MD of content for Sky. “Bear with us. It will be messy and we will make mistakes along the way but we’re determined to become Europe’s most important producer of original content.”

Davey added that Sky Studios will continue to invest on a “project by project” basis. It is expected to make further production investments as well, having made its first such investment in former BBC NHU boss Wendy Darke’s True to Nature, in which Sky Studios took a 24.9% stake over the summer.

Noting that Sky will double down on its investment in originals over the next five years, Millichip – who is now CCO for Sky Studios – said Sky was “really embracing the European endeavour” for the first time.

“Until now, the Italian, German and UK arms of Sky have endeavoured to work together as one unit, but this is the first time that we’ve set up a genuinely international, European endeavour.”

Thanking her staff, Millichip said the shuttering of Sky Vision was not an “end”, but rather that the team was embarking on “new beginnings”.