Canal+, Quebecor join for Xavier Dolan drama based on 2019 play 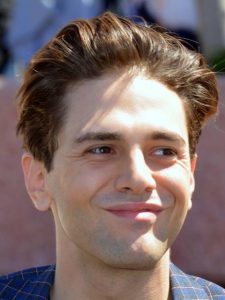 The Night Logan Woke Up is a five-part psychological thriller adapted from Michel Marc Bouchard’s eponymous hit theatre production, which is set in the 1990s and tracks the life of a 14-year-old girl who is raped by a best friend who is three years older.

The story then fast-forwards 30 years to track down what happens to the girl when she returns to her home town to be reunited with her estranged brother following her mother’s death.

Dolan will both write and direct the series, which he will also produce along with Nanoby’s Nancy Grant and Jasmyrh Lemoine. It will star original cast members from the 2019 play including Julie Le Breton, Magalie Lépine-Blondeau, Éric Bruneau and Patrick Hivon, along with Dolan and Julianne Côté.

Production starts in March and the show will air as a Quebecor Content and Canal+ original in 2022. Studiocanal has international distribution rights, with Javi Hernandez and Harry Grivakis of VVS Films brokering the deals on behalf of the filmmakers. They will also serve as executive producers.

Francoise Guyonnet, executive MD of TV Series at Studiocanal, said: “Xavier Dolan tells deeply human stories with a unique voice and has an ability to create real relationships on screen. Alongside Quebecor Content and Canal+ Creation Originale, we are very proud to bring this new, prestigious series to viewers throughout the world.”