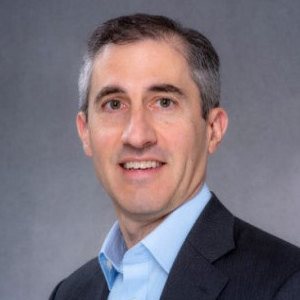 Rubin will remain CFO of the group and will also continue to report into CBS Entertainment Group president and CEO George Cheeks, who joined from NBCUniversal earlier this year to replace Joe Ianniello.

In his new role, Rubin will oversee all financial and business operations that support the divisions of the CBS Entertainment Group, including CBS Television Network, CBS Studios, CBS Television Stations and syndication arm CBS Television Distribution.

Rubin has been at CBS since 1999, holding roles including CFO of the CBS Television Network, EVP of corporate development for CBS Corporation, and CFO for CBS Interactive.

“Bryon is uniquely qualified to more broadly lead our financial and business operations and to take on an important strategic role as well. His deep knowledge of CBS and so many critical parts of our business – broadcast, production, digital, syndication, stations – will be an enormous asset to our group,” said Cheeks.

The senior exec appointment is the latest news out of ViacomCBS, which has restructured most of its business over the past 12 months and put a new emphasis on streaming, following the completion of the merger between CBS and Viacom in December last year.