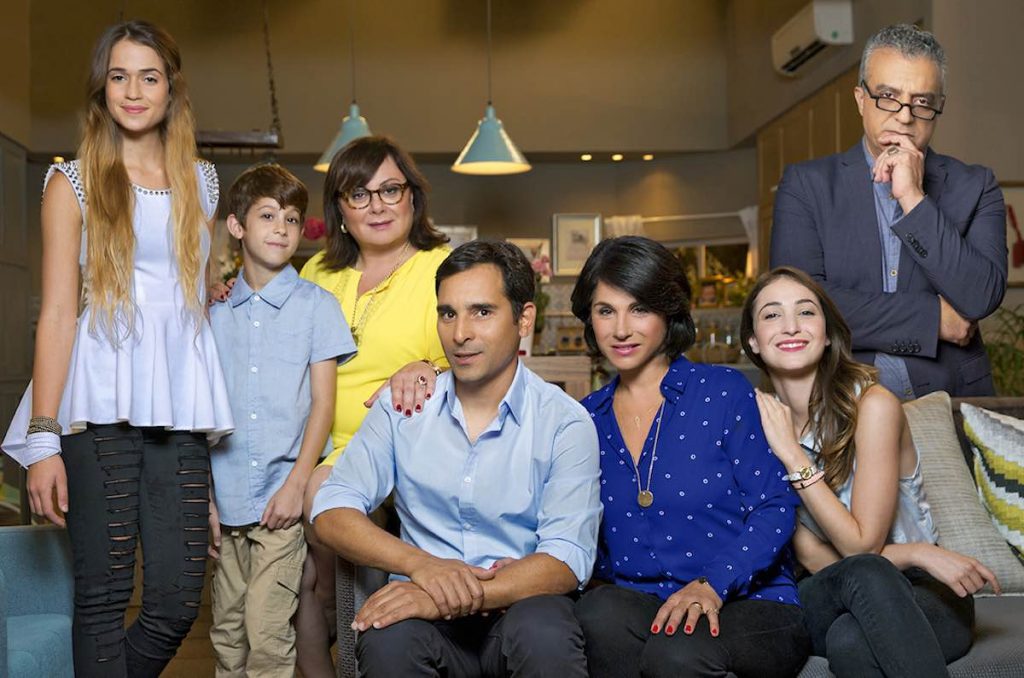 The show, sold by ITV Studios-owned Armoza Formats, has aired three seasons on Channel 10 and Reshet 13 in Israel, while a second season of the Cypriot adaptation recently aired on Alpha TV.

Mind The Malhotras, the adaptation of the format in India, began streaming on Amazon Prime Video in 2019.

The show was developed and produced by United Studios of Israel and created by Ran Dovrat, Avi Belkin and Ohad Perach. It follows the lives of a suburban family living in the divorce capital of the country, with each episode centered around a new therapy session in which they bring up the most embarrassing and bizarre moments of their everyday lives.

RTL in Germany has acquired format rights to MTV’s Just Tattoo Of Us for its VOD platform TVNOW.

The show, which is into its fifth series in the UK, asks pairs of friends, family members and couples to design tattoos for each other, which they won’t get to see until they are permanently inked on their bodies.

The six-part German version will launch on TVNOW on 3 August and was shot in a studio in Germany, without an audience and with minimal crew on set to comply with health and safety production protocols due to Covid-19. It marks the fourth adaptation of the format internationally, following local versions in the US, Russia and the Netherlands.

Meanwhile, ITV Studios is set to produce a Dutch version of MTV’s Ghosted: Love Gone Missing. The 6 x 60-minute series – which helps distraught individuals track down and confront a former lover, friend or family member in an effort to uncover the realities of why they “ghosted” them – will air this autumn on NPO3.

The deals have been struck through ViacomCBS International Studios (VIS), which also agreed a deal with French-Canadian youth channel Vrak earlier this year to adapt MTV comedy series Guy Code And Girl Code.

The remake, Code C (Confinement Code), was filmed and edited entirely remotely during Canada’s recent lockdown period, with Zone 3 producing a 5 x 30-minute series, which aired in May.

“No-one could have foreseen the sudden shut-down of global productions, but despite such challenging conditions, we’re finding that there is a huge demand for versatile, easily adaptable and more importantly fun, escapist entertainment formats,” said Laura Burrell, head of formats at VIS.

Broadcasters including AMC Networks are among those to have picked up programming from Cineflix Rights, which has sold more than 400 hours of factual content across Central and Easter Europe ahead of NATPE Budapest International’s virtual market.

AMCNI CNE has also bought Ainsley’s Mediterranean Cookbook for its TV Paprika channels across Hungary, Czech Republic, Slovakia, Romania, and Moldova, while Czech TV has picked up Rise Of The Machines as well as Mayday: Air Disaster.

AVOD streamer W4free has acquired 80 movies and miniseries for its UK service, following a deal with Signature Entertainment.

Australian cult favorite Muriel’s Wedding is among movies to be picked up, along with 2000 feature Contender and 2007 Faye Dunaway-film Pandemic.

Barely Lethal with Samuel L. Jackson, Kevin Costner-starring Black Or White and Bryan Cranston’s Wakefield will also feature, with the titles set to be added to the service beginning in August. Chris Sharp, previously chief programming officer at Zone Vision, Chello Zone and AMC Networks International, is chairman of W4Free.