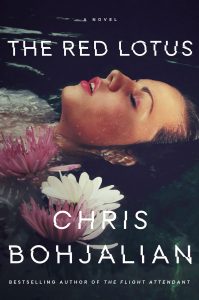 The thriller will be developed into a high-end drama series, with Bancroft and Mr Selfridge’s Kate Brooke attached as showrunner.

The story tracks a complex young doctor whose boyfriend goes missing while on holiday in Thailand. She then uses her experiences of working in the emergency department to find him, with the story set against a backdrop of geo-political power struggles, multi-national pharmaceuticals and modern warfare.

Brooke described the show as “part mystery, part thriller” with a “unique and unusual heroine at its heart.”

Bohjalian has written 20 novels, including The Flight Attendant, which will be released as a series on HBO Max starring Kaley Cuoco. His novels have been translated into 35 languages and he has also adapted his novel, Midwives, for the stage.

Anton was launched by Sebastien Raybaud in 2011 and has co-financed BBCS productions such as McMafia, Les Miserables, Gentleman Jack and His Dark Materials. It also has agreements with European firms including Federation Entertainment and TF1-owned Newen.

The company also has a longstanding relationship with BBCS, including a drama fund launched last year that has helped the UK pubcaster’s commercial arm to self-commission content.