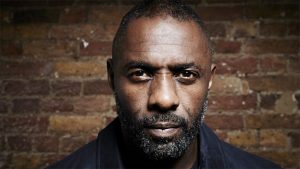 Idris Elba and his production company Green Door has signed a first-look deal with Apple.

The actor, director and producer and his outfit will create global series and features for the company’s streaming service Apple TV+.

Elba founded Green Door in 2013 and the production company has been behind projects including the comedy The Long Run and Netflix series Turn Up Charlie, as well as the upcoming feature Concrete Cowboy.

On the small screen, the London-born Elba is known for portraying the ruthless criminal Stringer Bell in HBO series The Wire, as well as the titular detective John Luther in the BBC crime drama series Luther.

His big screen credits include portraying Nelson Mandela in Mandela: Long Walk To Freedom, and leading roles in Fast & Furious Presents: Hobbs & Shaw, Prometheus and Star Trek Beyond. He has also played the Norse god Heimdall in several Marvel blockbusters.

This is the latest in a series of first-look deals struck by Apple, which has inked agreements with other big names such as Oprah Winfrey, Justin Lin and Alfonso Cuarón.