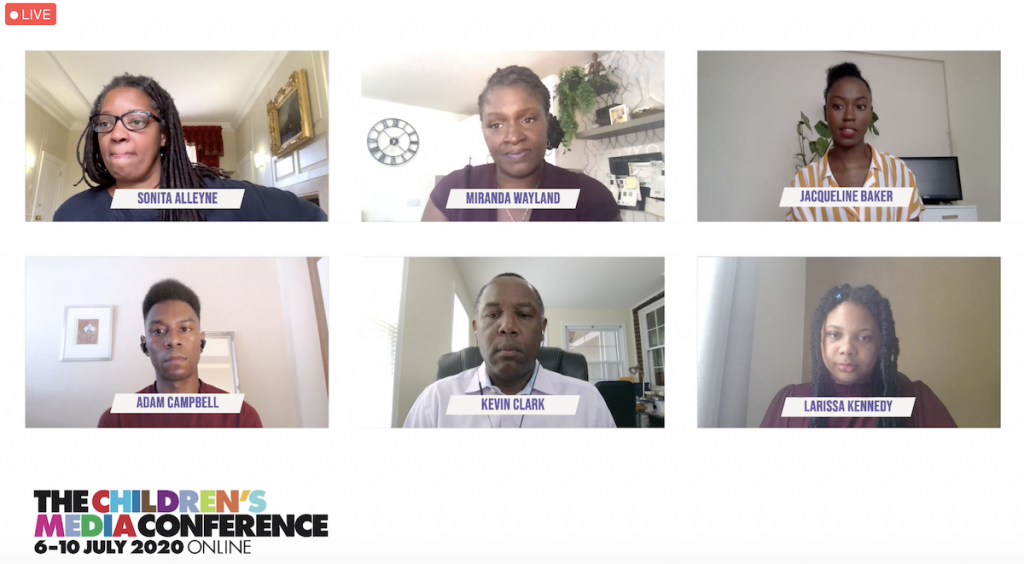 The Black, Asian and Minority Ethnic (BAME) TV Task Force says it has received a “positive response” from UK broadcasters following its open letter calling for “tangible changes” to end to racism in the industry.

In June, the task force, which includes representatives of the UK TV industry’s BAME community, called on the British government, alongside major broadcasters such as the BBC and Sky, and streamers including Netflix and Amazon, to help tackle discrimination in the sector.

The letter said that racism is “brushed under a rug” and called bullying an “industry wide problem.”

Speaking as part of the 2020 Children’s Media Conference keynote panel yesterday, task force co-founder Jacqueline Baker said that the response to the letter had been “phenomenal” and that “people really felt heard and they felt seen”.

“We really just wanted change,” she said of the letter: “We didn’t just want a conversation or a committee or a report, we wanted to find out what are the tangible changes that will be made, that we will see.”

Baker revealed that “we have definitely got a good response from broadcasters” and that the task force had quickly gained traction: “Within five days we’d met with the BBC, ITV, Channel 4 and we were meeting with the head of content, the CEO, the director general.”

She added: “When you’re mid-level you don’t expect you’re going to be able to meet with those people and actually be able to express your concerns so we’ve just had a really positive response with people really keen to work with us and push initiatives through.”

Also on the panel was BBC head of creative diversity Miranda Wayland, who said that the corporation and other broadcasters had been “absolutely impressed” by the task force and “empowered” to take on some of its suggestions.

She also suggested that one of the biggest steps the industry can take is to stop “siloing content” from ethic minority groups into a particular month such as “black history month” as it just serves to reinforce the message that it is niche content.

Wayland remarked: “As a sector, the conversation around race and being uncomfortable to talk about race has been long held. The huge difference and shift was with the tragic death of George Floyd. There was no way to hide the fact that there really is an issue in society, which is having a profound impact on everything else that we encounter and so to be uncomfortable to talk about race is okay, but to then continue not to embark on it, is problematic.”

She continued: “If we continue to put this conversation on the back burner we not only harm our current future but the future of the very young people that we have been discussing today. It is no longer open for debate; it is now time for us to speak upon it.”