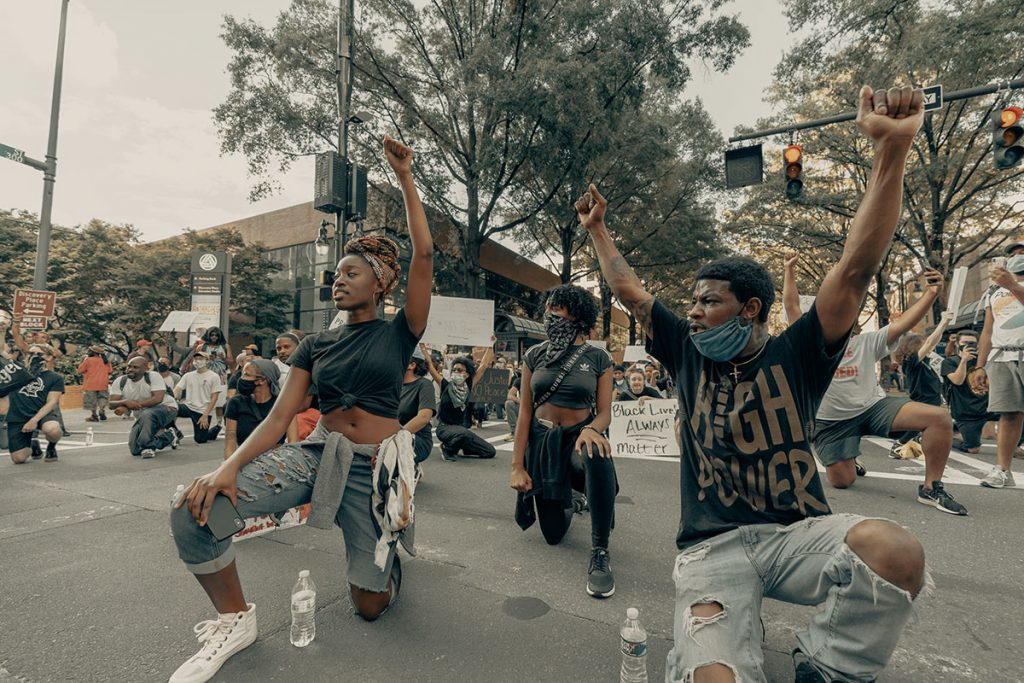 Photo by Clay Banks on Unsplash

More than 3,500 people, primarily from within the UK TV and film sector, have signed an open letter calling on the industry to help empower black and brown members of the screen community.

Inspired by the US’ Black Film Collective’s open letter to Hollywood last week, this new letter says that condemning racism and calling for solidarity on social media is not enough and calls on the UK TV industry to “put its money and practices where its mouth is.”

“This moment in history presents an opportunity for you to be a positive partner for change,” says the letter, which was penned by film producer Nisha Parti (Darkness Visible), actor and writer Meera Syal (Kate & Koji), actor Indira Varma (For Life), playwright Tanika Gupta, actor and director Pooja Ghai (Doctors) and TV presenter Anita Rani.

“Our aim is that this letter produces strategic commitments from you to reshape our industry into one whose words are supported by action.”

The letter sets out four points that must be addressed. To banish “weak excuses” for not commissioning content from black and brown creators or led by black or brown talent, because they don’t centre around white characters; to hire more black and brown independent producers; to empower those that come through diversity schemes to ensure they remain in the industry and for actors, managers and agents to demand better representation behind the camera.

“We know that many of our stories feel unfamiliar to you because they go against your preconceived notions of us and make you step outside your familiar world, but they are familiar to us,” says the letter. “Hire us and together let us tell truthful, bold and imaginative stories from rich new perspectives.”

The letter goes on to say that “if the full spectrum of our experiences are not produced, marketed and celebrated with some regularity then you are actively denying our humanity and our history,” and that “our stories and experiences can no longer be limited to being backdrops for white narratives.”

The letter has been signed by thousands of people, including actors Chiwetel Ejiofor (12 Years A Slave), Sophie Okonedo (Hellboy) and Sacha Dhawan (Doctor Who).

It concludes: “Your messages in support of Black Lives Matter are a first step. But after decades of enabling racism in your ranks and beyond, it is time to do more. If Black lives really matter to you, our stories must as well.”

The letter follows weeks of global outcry following the death of George Floyd last month. Floyd, a black US citizen, was killed while in the custody of Minneapolis police officers on 25 May, with one white officer, Derek Chauvin, holding his knee on Floyd’s neck for almost nine minutes.

It also follows another letter from the Black, Asian and Minority Ethnic (BAME) TV Task Force last week, in which representatives of the UK TV industry’s BAME community called on the British government, alongside major broadcasters such as the BBC and Sky, and streamers including Netflix and Amazon, to help tackle discrimination in the sector.

That letter criticised the casual and “sometimes blatant” racism in the industry, which it said is “brushed under a rug” and called bullying an “industry wide problem.” The letter highlighted many issues faced by members of the BAME TV community, including the opinions of black women being dismissed, the shortage of opportunities for BAME talent and the blame for the failure of BAME-led series being placed upon the talent’s “racial identity”.