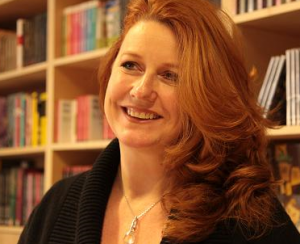 The agreement will allow BBCS Production and BBCS-owned prodcos to “explore the intellectual property owned and managed by ILP,” the rights management firm said.

The BBCS deal comes less than a month after ILP struck a deal to acquire a raft of rights from Peters, Fraser + Dunlop, including the estates of Maigret scribe Georges Simenon, Eric Ambler, Margery Allingham, Edmund Crispin and Dennis Wheatley.

New York and London-based ILP was launched late last year by Strong, the former CEO of the Agatha Christie Ltd, and Benton, whose Anthology Group emerged from what was known as Bob & Co in 2018.

ILP described the deal as its “first major production partnership deal” and “demonstrates how pro-actively the company will manage  its estates, providing new opportunities for exploitation across all media platforms.”

Former Hat Trick exec Strong, who struck a 20-hour deal with the BBC for Agatha Christie dramas while overseeing the author’s estate, heads up ILP from the UK with Benton. They share a remit across Europe and will focus on properties with TV, theatre and film potential alongside CFO Andrew Minkow and Polly Benton, who heads up business development. Emma Bell and Andy Brunskill head up creative.

Strong said: “This first-look deal with BBC Studios provides ILP with the perfect global creative partner to promote Britain’s heritage in literature and re-­discover these classic works through modern adaptations for a global audience.

BBC Studios and its partner scripted production companies provide us with a very exciting opportunity to not only fast-track these works into production, but to make them with the high-­end production values they deserve.”